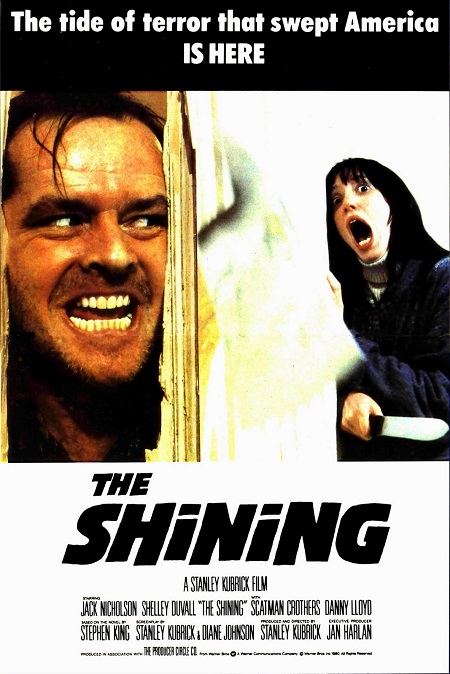 Straight off the uncanny experience of watching The Thing, I went to the In the House screening of Stanley Kubrick’s The Shining. Kubrick is considered a master of cinema and I have examined his work previously here as a part of the Niche 505 program which the folks at George St cinemas also screen. The Shining is considered a classic of the horror genre of which I have been (painfully) ignorant of for far too long. I ordered a shot of Bourbon to steel my soul before heading back into the theatre for the second screening of the In the House Halloween double feature.

Jason ‘Jabba’ Davis and David ‘Quinny’ Quinn were the MCs for the evening and warmed the audience up quickly with some trivia about the film. An interesting aspect that they spoke about was that for the infamous scene where Jack Nicholson axes through a door, Shelley Duvall was not told that this would happen and that the fear we see her expressing is actually quite real. Before the screening, In the House also featured a small video wherein the director of the upcoming Australian film Red Dog: True Blue, Kriv Stenders, spoke a bit about his love of Kubrick and this film in particular. 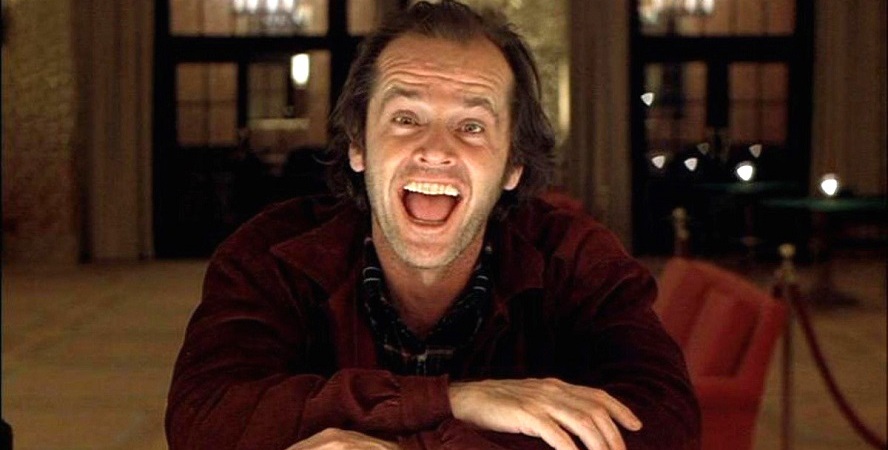 The story follows the Torrance family as they sign on as caretakers for an alpine hotel during the winter. Husband Jack (Jack Nicholson, wife Wendy (Shelley Duvall), and son Danny (Danny Lloyd) arrive at the hotel on closing day and are given a tour. It is revealed quite early that Danny has telepathic abilities and has a connection with a benevolent chef that works at the hotel (Scatman Crothers). As the months pass we see the family settle in to their surroundings with Wendy doing the chores, Jack attempting to write, and Danny playing around the hotel. As time progresses, we see the isolation start taking its toll on the family as Jack becomes increasingly erratic in his behaviour and prone to outbursts. At first, we assume that frustration with his lack of progress might be the cause for this behaviour but it becomes apparent that some other force may be at play which is driving the family to the brink.

Kubrick approaches the story in his own, measured, manner with lots of ambiguity for an audience to explore themselves. As the tension builds in the story, we ask whether the events are unfolding simply as a result of the pressures of isolation upon these characters or whether there are more supernatural forces at play. By the end of it, the film’s plot has resolved but the audience is left with more questions than answers to work upon your anxiety. What is it that drives the family to madness and what relation do they have to history of the hotel? The film does not say, and it is up to us to explore it ourselves. 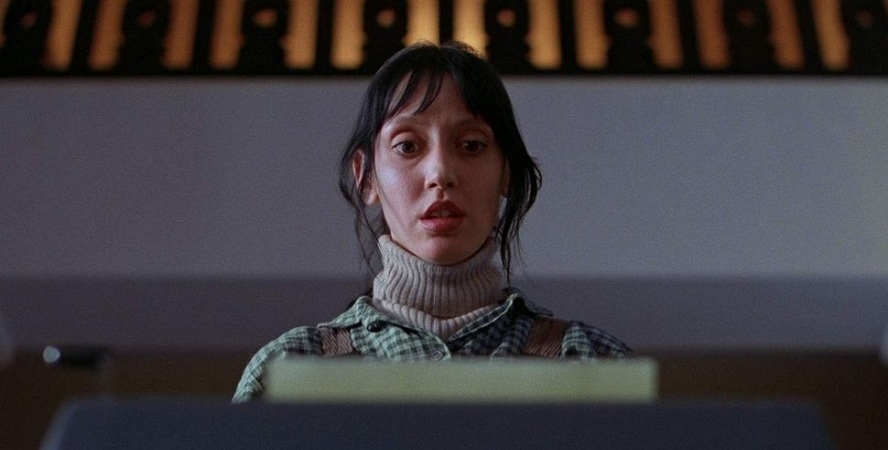 Duvall’s performance, I feel, deserves praise especially. She essentially plays a character who is an abuse victim and I found her tenacious optimism to be quite sweet as a foil to Nicholson’s quite clear agitation. When Wendy finally breaks and strikes at Jack, I found Duvall’s performance of that moment to be harrowing alongside the infamous scene where Jack axes through a door. My one problem with her character is that she doesn’t appear to be written to have more of a personality beyond how she relates to her son and husband. I sympathised with her, but I wish her character had been given more than simply being either a caring mother/wife or a hapless damsel-in-distress.

Nicholson does a good turn as the much frustrated Jack and his slow descent into insanity is greatly disturbing. In the video before the film, Stenders mentioned a particular moment in the film where we finally see where Jack goes over the edge. Having seen this moment myself, it’s an amazing performance which Nicholson gives as his motionless face gives the audience everything it needs to know about what exactly he’s going through. My one criticism with his character is that Nicholson starts portraying aggression in the character way too early in the film’s timeline and I feel that the transition from amiable family man to maniac would have been far more conceptually terrifying than having an already belligerent man turn violent. Nonetheless, Nicholson has a face that was made for playing madmen. 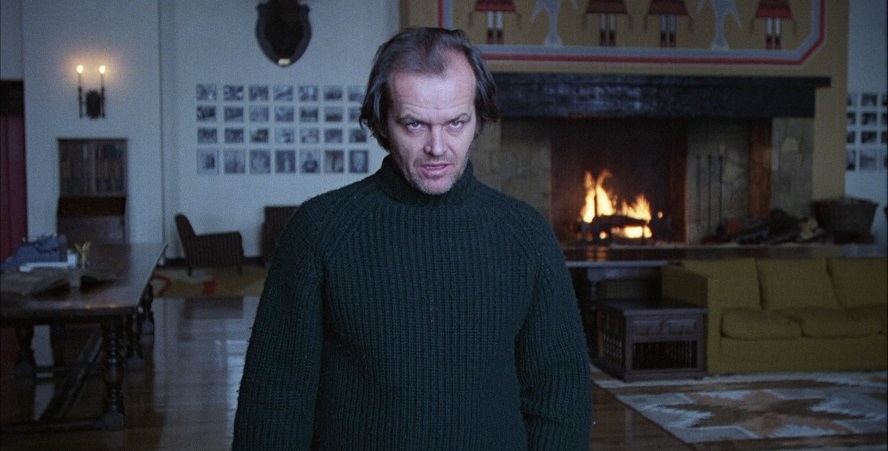 Kubrick’s genius with direction is pretty much on full display here as he takes his audience on an exploration of the film’s hotel. You get an acute sense of the layout of the hotel but despite shots of long hallways and cavernous ballrooms, you still get a sense of claustrophobia. Couple this with disturbing sequences of horror, vis-à-vis the elevator of blood sequence, and you get cinematography which is intensely unsettling. The Overlook Hotel is one of the creepiest fictional places I have ever encountered and Kubrick makes it so simply through how he shows it through the lens of the camera. 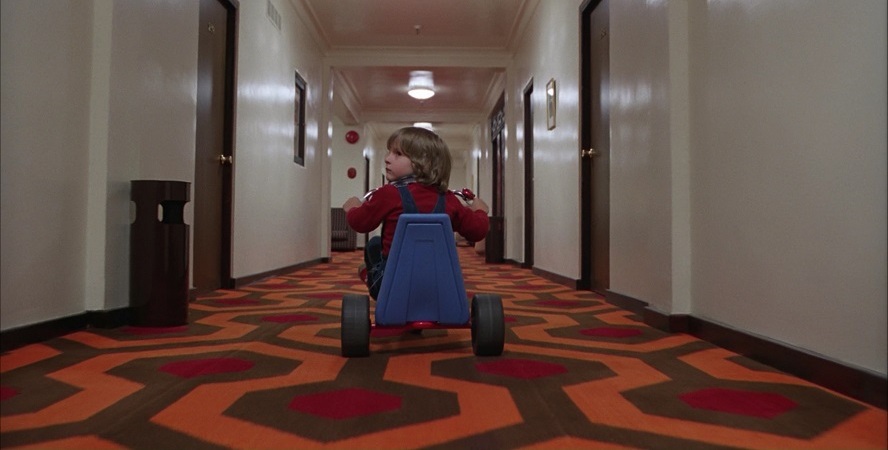 The soundtrack is, what I feel, makes this movie more than any aspect. On the surface, it seems like a fairly standard orchestral score but the genius is in how Kubrick deploys it. Throughout the film, there is a rising tension which is delivered to the audience by the film playing tense music during moments of complete banality. For instance, the music would build and swell as the camera slowly zoomed in to Nicholson’s character working at a desk with the musical climax being timed with him ripping the paper out of the typewriter. By constantly keeping us in a state of high alert in the film’s build up, it almost becomes a relief when things go off the chain and the axe-wielding maniac is on the loose. This film is pretty much a masterclass on how to score horror films. 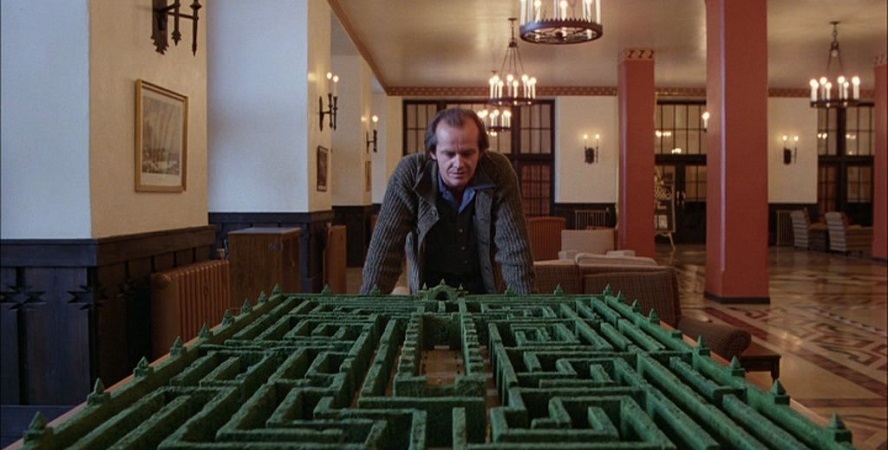 The film has definitely earned its credit as one of the best horror films ever made. The story tells you just enough to keep you both uninformed and painfully aware of what exactly is going on. The cinematography is without a doubt, some of the creepiest I have ever seen. The scoring of the film is absolutely superb with Kubrick keeping his audience in a state of panic pretty much throughout. When I left the cinema, my friend and I had to sit down (again) as the intense anxiety the film had built and maintained throughout the screening had left us completely drained. This film was arduous for me to watch, but that is its appeal as a horror film and that I cannot fault. Despite the nits I have picked about some of the characterisation of the film’s protagonists, I have to say that The Shining is damn near perfect.

Kudos to Kubrick and kudos to In the House for screening this film! 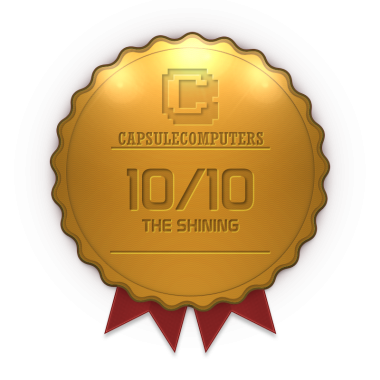 The Shining is masterfully shot and scored which earn it its title as a cinematic classic.
10