Tinkertown is an upcoming 2D action sandbox game from veteran indie publisher Headup, who is taking a go at developing their own game. Inspired by retro 2D action RPGs like Secret of Mana and Legend of Zelda, players will be able to explore dungeons, battle monsters, build villages, and craft a variety of equipment to suit their playstyle. Tinkertown is scheduled to be on Steam Early Access for a couple of months. We had a chance to take a look at the first build released on Steam Early Access.

In my testing, Tinkertown is in fact mostly feature complete. The biggest feature missing is the NPCs, which will go a long way in breathing life into the world. The main task ahead of Headup will be content as it will have a major effect on game balance.

Fans of SNES and Game Boy action RPGs will be right at home with Tinkertown. There are plenty of enemies, and many have specific attack patterns that will need to be dodge. There are a decent variety of weapons with the intention of distinct fighting styles, but the balance isn’t there right now. Combat overemphasizes maneuverability and foot speed to kite enemies. Swords and ranged weapons are the bread and butter of Tinkertown as they provide a quick but big hit. Headup will need to rebalance the remaining equipment to provide more meaningful benefits to other playstyles. Heavy tanks are in the most desperate need of attention as enemies get more mobile and deadly in later stages of the game. Rogues are in a slightly better position as they can kite at a slow but more consistent pace versus sword and ranged users.

There is only one dungeon at the time of publishing, and it has me excited for the future. The randomly generated overworld and hand-made dungeon gives players the best of both worlds. Gameplay wise, it is a well-designed dungeon with a lot of content to explore. There are a few different paths that eventually lead to the final boss. The boss fight is nice and epic, but some special abilities that would require some dodging would be great. The dungeon is packed with valuable loot that makes the trip worthwhile. There only issue I have is a minor one as it is a little weird to have an outdoor zone and a full blown castle underground.

The crafting mechanics are solid so far. Tinkertown does not stray from the formula laid out by its predecessors Minecraft and Terraria. Players start with punching trees until they can make basic tools and a crafting table, then slowly work their way up the tech tree. There are four tiers in the tree currently, which is enough for a couple hours of play. The building blocks are designed to create a standard 16-bit medieval village, ranging from run down shacks to glamorous mansions.

The user experience is a work in progress. The base experience works well enough. The biggest issue is adjustable key binds are missing. I am shocked that any game is released on Steam Early Access these days without key binding options. On the other hand, most of the remaining issues are smaller quality of life problems that do not take away too much from the game experience. The menus are a little awkward when dealing with interactable objects. When moving away from an object with a menu, the screen stays open instead of automatically closing like most games. The game is also in desperate need of more informative tooltips for equipment. Each piece of equipment modifies character stats, but there is no way of knowing exactly how without crafting and equipping the item or checking the wiki.

The graphical style is excellent so far. The style clearly takes inspirations from the likes of Secret of Mana, Legend of Zelda, and other action, adventure, and RPG titles from the SNES era. Yet the graphics still has enough of a personal style with its big heads and rounded natural elements.

The audio experience is solid. Like the graphics, Tinkertown oozes with retro style.  The sound effects are bang on. The soundtrack fits right in with your favourite JRPGs from the 16-bit era. Two tracks were composed by Hiroki Kikuta, the mind being Secret of Mana’s soundtrack. They are great tracks that fit the game’s cheery mood well. My only concern right now is the soundtrack likely needs to be doubled in length at the bare minimum, as each biome seems to have only one song that plays intermittently.

Tinkertown is on its way to being a beautiful marriage between old school 16-bit RPGs and modern sandbox gameplay. The core mechanics and the audio/visual presentation channel the retro inspiration well. The game is currently very short on content, so I am unsure if a couple of months is enough time for the developers to churn out a full release game at this point. My biggest concern is the timeline seems too optimistic considering combat will also need to be completely rebalanced. The roadmap hits most of the key weaknesses of the game, so the future looks bright if Headup can stick to their road map. 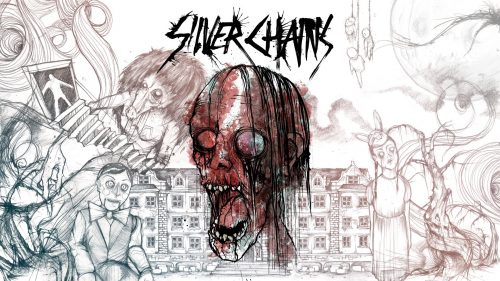