Larian Studios brought the first act of Baldur’s Gate 3 to Steam Early Access today. The act contains 25 hours of content, six player classes, nine races/subraces, and multiplayer support for up to four players. The game is expected to have three acts in total. Larian Studios does not have an ETA when the full game will be released, but they are promising the $59.99 USD/$89.95 AUD price tag will not increase after the 1.0 launch.

Balduer’s Gate 3 is a turn based action RPG using the Dungeons & Dragons 5E rules. The world uses the Forgotten Realms setting where fantastical creatures and powerful deities mingle in an Earth-like world. Players will wake up in the midst of a battle between the Mind Flayers and red dragons as they struggle with a Mind Flayer parasite implanted in their mind. How they deal with the parasite and carve their place in the world is completely up to the player. 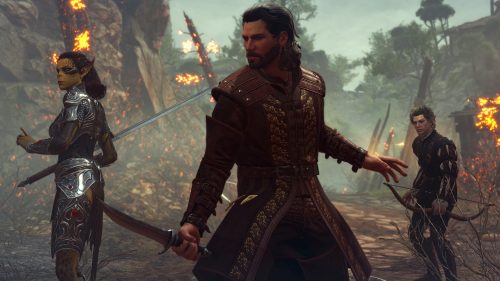