If there is one thing that’s sure to get people talking about your upcoming game, it’s the news of exclusivity. Sure, that talk might no be all in a positive light since even a mere mention Epic might draw out some polarizing views from the PC crowd. But you know what they say, there’s no such thing as bad publicity. Or maybe there is? Only time will tell.

The third game will complete the reboot trilogy and a newly revealed location will take us all the way to Dartmoor in England to apparently solve a murder. Or cause a few more, as it is expected from Agent 47.

In any case, we’ll have to wait until January 2021 if we want to get our hands on the new entry in the Hitman franchise. Or an extra year if you’re adamant about having all the games in one place. The exclusivity period for Hitman 3 will last a year. But don’t just take my word for it, here it is from the heads at IO Interactive themselves:

HITMAN 3 pre-orders are scheduled to go live later this month and we’re pleased to have an updated line-up of platforms. In January 2021, you’ll be able to play HITMAN 3 on PlayStation 5, PlayStation 4, Xbox Series X, Xbox One, Google Stadia, and PC, where the game will be available exclusively via Epic Games Store for 12 months.

As an independent studio, our partnership with Epic has given us the freedom to create HITMAN 3 exactly as we imagined and self-publish the game to our players directly.

And lastly, to get you hyped up for the upcoming installment in the trilogy, 2016’s Hitman will be free to download and keep from 27th August to 3rd September on Epic’s store. 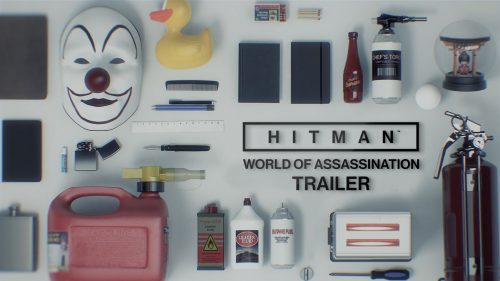