505 Games and developer Lab Zero Games have announced that they will be releasing Indivisible both physically and digitally for the PlayStation 4, Xbox One, and digitally on PC on October 8th in North America and October 11th in Europe with a Nintendo Switch release coming later in the year. Those who pre-order the game through Steam will get some bonus items including Ajna’s pet tapir named Roti who will follow players on their journey as well as some character skins that reference other games from Valve.

For those who haven’t been following the game, Indivisible is an RPG following the story of Ajna, a good-natured tomboy with a rebellious streak. Raised by her father on the outskirts of their rural town, her life is thrown into chaos when her home is attacked, and a mysterious power awakens within her.The game’s huge fantasy world, characters and aesthetic design are inspired by various cultures and mythologies. Throughout Ajna’s quest, she’ll encounter many “incarnations”; people she can absorb into herself and manifest to fight alongside her. There are many incarnations to recruit, each with their own story and personality. 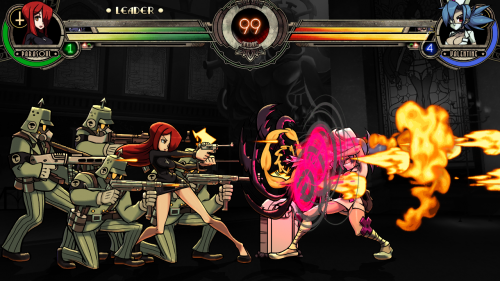