A new gameplay trailer for The Legend of Heroes: Trails of Cold Steel III has been released by NIS America and this one focuses on showing off the various mechanics in the game’s battle system. This includes a new feature such as Brave Order that provide party-wide buffs to give an upper hand for a certain number of turns. They can be issued anytime within battle by using Brave Points.

Line Attacks that allow for follow-up moves from comrades whenever an effective attack unbalances an enemy, brave points that can be gained when performing an “Assist” and used to provide Burst or Rush link attacks. A fundamental basis of combat, Arts draw power from equipped orbments and manifest in elemental attacks. Crafts are similar in offense, but are inherent to each character.

The Legend of Heroes: Trails of Cold Steel III is currently slated to be released on the PlayStation 4 on September 24th in North America and September 27th in Europe.

The Legend Of Heroes: Trails in the Sky to be released on PC next week 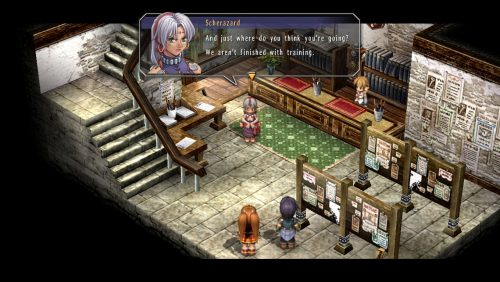