Sega has announced that a new fantasy action game called SolSeraph is in the works by ACE Team and it will be coming out quite soon as it will be launching digitally on July 10th for the PlayStation 4, Xbox One, Nintendo Switch, and PC where it will be $14.99 on all platforms. SolSeraph places players in the wing-tipped shoes of an almighty divinity who is tasked with rebuilding civilization while protecting the people from the constant threat of mythical demons and monsters.

After the Younger Gods began tormenting humankind with fires, storms, and floods the young tribes struggled for survival and now Helios, Knight of the Dawn and child of god and man is seeking to aid humanity in a game that will balance side-scrolling action with top-down strategy elements where players will need to guide each tribe from the clouds above in order to help expand their territory and dispel the dark fog that shrouds their lands. Once each of the creatures’ lairs have been exposed, you must take the role of Helios to fight the monsters head on.

Abyss Odyssey announced by the makers of Zeno Clash 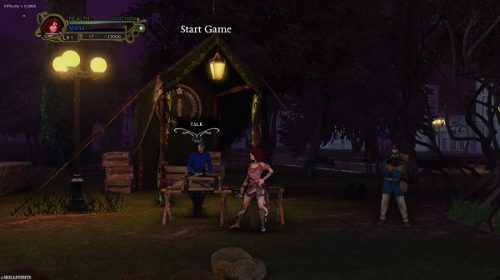