After being released in Japan in October of last year Sega has announced plans to bring Puyo Puyo eSports to the West where it will be made available in North America and Europe as Puyo Puyo Champions for the PlayStation 4, Nintendo Switch, Xbox One, and PC on May 7th where it will be priced at $9.99.

Puyo Puyo Champions allows players to challenge their friends in local multiplayer or compete against others in online matchmaking with the game featuring a popular “Fever Mode” to help defeat your opponents. Puyo The game will also feature dual-audio and a tournament mode to allow for players to craft an eight-player tournament for ranked competition. A trailer showcasing these features can be found below.

Puyo Puyo Tetris Launches in the West in Late April 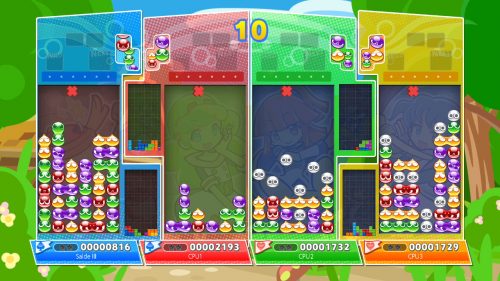