Ubisoft Massive has teamed up with DDB Paris and Make Me Pulse to make an augmented reality app in Facebook Messenger. Users will be able to use their mobile device’s integrated GPS to unlock stories about the citizens of Washington D.C after the virus struck the city. Collecting stories in the app will reward players with in-game items in Tom Clancy’s The Division 2. The stories offer English voice acting and subtitles in multiple languages.

Tom Clancy’s The Division 2 is an RPG shooter set in Washington D.C. The virus that struck New York City in the first game has made its way to the US capital, bringing the city to its knees. The agents of Strategic Homeland Division are barely keeping order in D.C., with violent gangs terrorizing citizens and assaulting government strongholds.

Tom Clancy’s The Division 2 is set to launch on March 15 on PlayStation 4, Xbox One, and Windows. 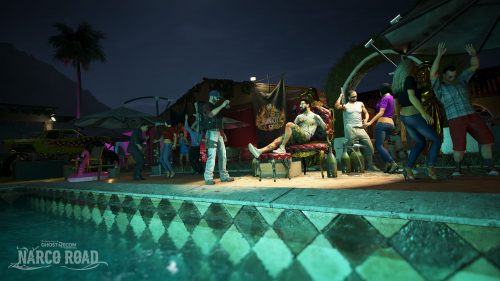