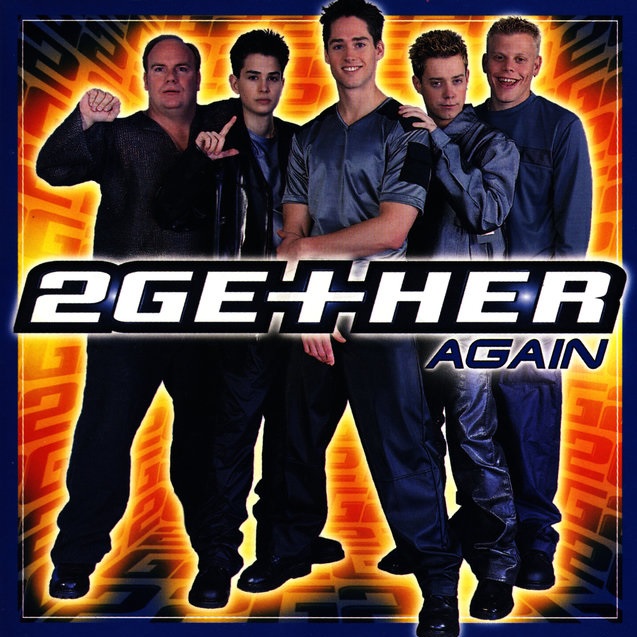 Sometimes, you can just be sitting, performing some mundane activity, when you all of the sudden remember something awesome about your past. A breath of nostalgia takes over your lungs and for a second, you are in a different time entirely, savoring a feeling of bliss before hopping back into the sad reality of the present. About two weeks ago, I had this wave, but it has not stopped for a moment since. I was playing some random game, listening to a generic Spotify playlist when one song hit me like a fist in the mouth. You remember Backstreet Boys? NSYNC? How about LFO, Hanson, or even 98 Degrees? Well, this piece isn’t about any of them. Instead, I think it is time to talk about the greatest boy band of all time. Ladies and Gents, welcome to another Pop Capsule, where we will be shuffling into the new millennium with 2Gether.

I imagine that like two of you readers looked at that paragraph and smiled, and the rest could really care less. That’s fine, but if you don’t know 2Gether, come close as we kind of break down exactly what this little group of guys were all about. 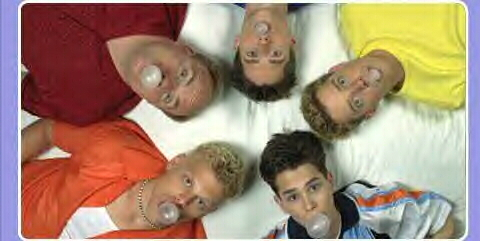 2Gether were a fictional boy band who were made up of a real cast that could sing, act, and actually come off as funny in scripted situations. Think of a mix between The Monkees, Spinal Tap, and every single boy band from the era. The time was the year 2000, and after seeing a huge resurgence, boy bands had taken over music with their generic, yet catchy tunes, featuring random ensembles of five guys with “very different personalities”. This whole trend actually took off a few years prior, but by 1999 and into the next year, there were so many clones of this gimmick that it was almost impossible to keep up with each group.

Also big at the time was TRL, also known as Total Request Live. This show was a music countdown crafted exclusively for teenagers and produced on MTV. It featured an awkwardly hip host counting down the top ten most voted for videos in the country, which again, were mostly voted on by teenagers. Sure, the internet existed, but it was not nearly as accessible. This was a time where we were all connected by phone lines, rather than social media or other outlets we have today. With nearly every song on TRL being a boy band driven anthem or a solo pop singer’s howling about love, the world was finally starting to grind its teeth at the genre. Teens however continued to embrace every second, and that mix of over-saturation and fanfare made it the perfect time for Mark and Brian Gunn to come up with a project that would change the world for…like, six to nine months. 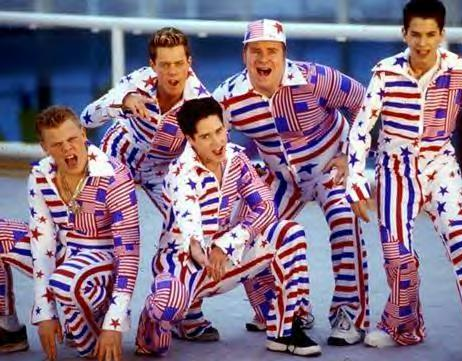 2Gether launched in a full-length feature film of the same name on MTV on February 21, 2000. The flick was semi-hyped, introducing the world to a new boy band which at the time seemed like a hybrid of comedy and music, based on the promos alone. The movie features the story of a disgruntled and overthrown boy band manager by the name of Bob Buss, who sets out to create a famous boy band in one week. His goal is to have his play a gig, opening for his old project dubbed “Whoa”, which is yet another boy band and the latter rival of 2Gether that he was cast out from early on. As the film progresses, Buss hand picks five random guys to fill his band, with each member possessing a stereotype that all groups had to have. First, we have “lovable heartthrob” Jerry O’Keefe, a clueless, yet decent main protagonist for our group. Next up is Chad Linus, taking the role of “the shy one”. Doug, his older brother (who is balding, pushing 40, and a bit heavier) is then chosen as “the older brother” for the group, and Mickey Parke, a “bad boy” wannabe with a love of urban culture joins in as the fourth member. Rounding off the top five is Q.T., a kid found in a karaoke bar that just happens to be dying of some random disease, which of course makes for even better marketing for that teen audience that Buss is after. 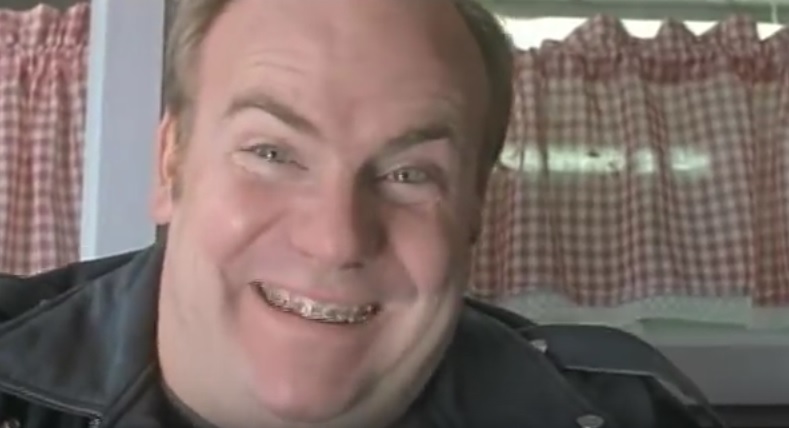 The movie moves fast and spins through the one week timeline in a hurry, where we get to see a group form, become friends, break up, get back together, perform a gig, and eventually – get famous. Everything within is just an over-the-top roller coaster of events, portraying characters who you can genuinely get behind, yet still stand back and just smirk at all of the well scripted chaos. This is not like a parody flick that brings up 1000 non-funny jokes that simply reference pop culture, but closer kin to the likes of The Brady Bunch Movie, as it is able to perfectly capture the essence of the product that it is producing satire for, without coming off as pompous or mean to that very product. You can hate boy bands and get “it”. You can love pop music and still get “it”, and laugh along the entire time. This film is a forgotten masterpiece that lives within the walls of its own era, and one that deserves more credit than what it receives today. 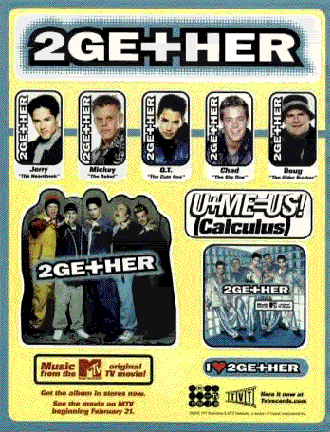 Oddly, a lot of the charm here comes with all of the subtle details that seem to never stop. For instance, on top of being shy, Chad is a huge Star Wars fan who is obsessed with Jet Skis. He also randomly makes random light saber and blaster noises during performances. Sure, all these little quirks are subtle, but go a long way to fully flesh out just one character. Each character has the same minor yet memorable traits that just make the film seem more rounded and satisfying as a whole. Watching 2Gether nearly two decades ago, I don’t think I picked up on this lightly inserted depth, but today, it was something I definitely appreciated. After the movie debuted, the band actually premiered a video on TRL, and even performed in tours around the country for promotion of their first (and second) CD. Fans of boy bands were randomly becoming huge fans, and if you were alive during this era, you may remember that despite the fact that this was satire, there still was a lot of realness to the product. There were issues of teen magazines with all five members’ faces on the cover, posters, and random marketing that would be found right beside merchandise for Backstreet Boys and Britney. 2Gether even made it to Billboard and cracked into Top 40 radio. Somehow, this little movie was able to go full circle and become what it parodied, as it was such a strong satire that it managed to get a decent fanbase. Just thinking about how ironic and twisted it was to see little girls obsessed with Q.T. and Jerry O’Keefe, singing their songs (which by the way are embellishing the hell out of the writing for your typical group), and hanging pin-ups on their walls makes the whole “experience” even more hysterical. 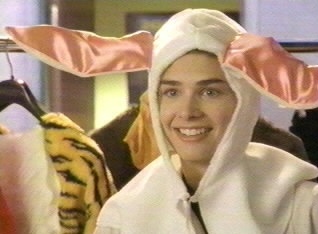 There was nothing like 2Gether, as it was a bit ahead of its time as a concept. Eventually, and by that I mean like months later, the group would get their own television show, which featured a lot more celebrity cameos, while still keeping these characters endearing and delightful. Before anyone had time to get tired of this boy band however, it was over. Tragically, Michael Cuccione (who played Q.T.) mirrored his on-screen character in some ways as he had spent his life plagued with illness. After a great year in the spotlight, Michael passed away from respiratory failure at the young age of 16 in the early part of 2001. There is some irony in that too, as if you watch the movie or the show, mortality is a topic that Q.T. brings up a lot to get the sympathy of young girls. It is still rather sad as when Q.T. passed, there was no 2Gether. I personally have seen some interviews with members that just stated they could not go on as a foursome, that MTV just pulled the plug, and so on, but honestly, I think the short life span of this band gives it a nicely tied bow that lives at the top of its own bullshit flavored cake that so many scarfed down without hesitation.

2Gether is something that comes around once in an era, and if you want a time capsule about the best and worst of pop culture through the eyes of a teen in the year 2000, then do some serious Calculus.

Do some Youtube searches, some hunting, and watch this fun little flick and study up on what it left behind. Sure, it lived fast, but 2Gether left behind a legacy that simply deserves to be remembered without having to get a memory jog from a second-rate playlist, which ironically is where it belongs in history. We may see the band reform one day, and we may not, but for now – this little MTV project still lurks in its space in pop culture, and stands as one of the best musical satires of a generation.

Pop Capsule: The Legacy of SNICK 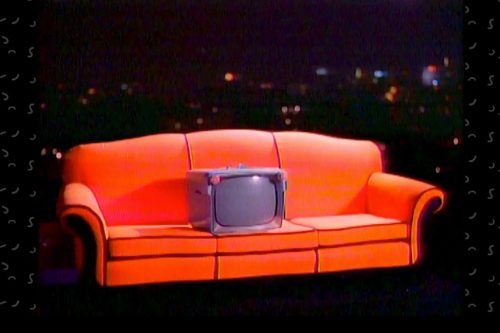