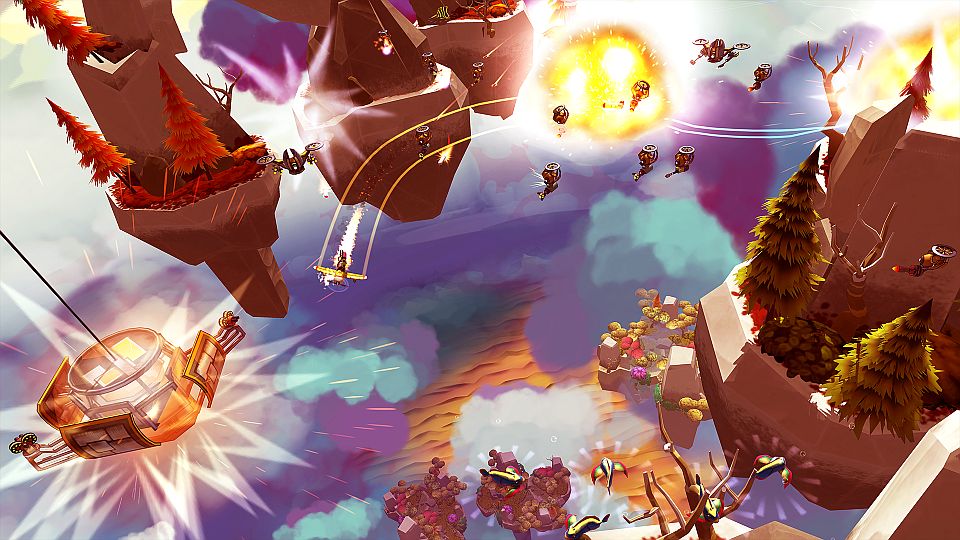 The swiss indie developers from Blindflug Studios announced that AIRHEART will arrive on PC and PlayStation 4 later this month. The team worked on the titles First Strike and Cloud Chasers before. The  new diesel-punk action game puts you in the role of a young pilot named Amelia, who’s living in the cloud city of Granaria. One day she wants to reach the world’s edge, but to survive in the floating city she has to keep customizing her plane and will encounter many dangers like pirates along the way.

You can freely explore Granaria and use the twin-stick controls to soar higher and higher into the sky. There are over 40 weapons and airplane parts, which you can use to modify your plane. Protagonist Amelia is a tribute to famed author, adventurer and pioneer Amelia Earhart.

AIRHEART will be available on July 24th  for PC and PlayStation 4 first. Additional consoles will receive the game  in the following weeks after launch. Check out the trailer below: