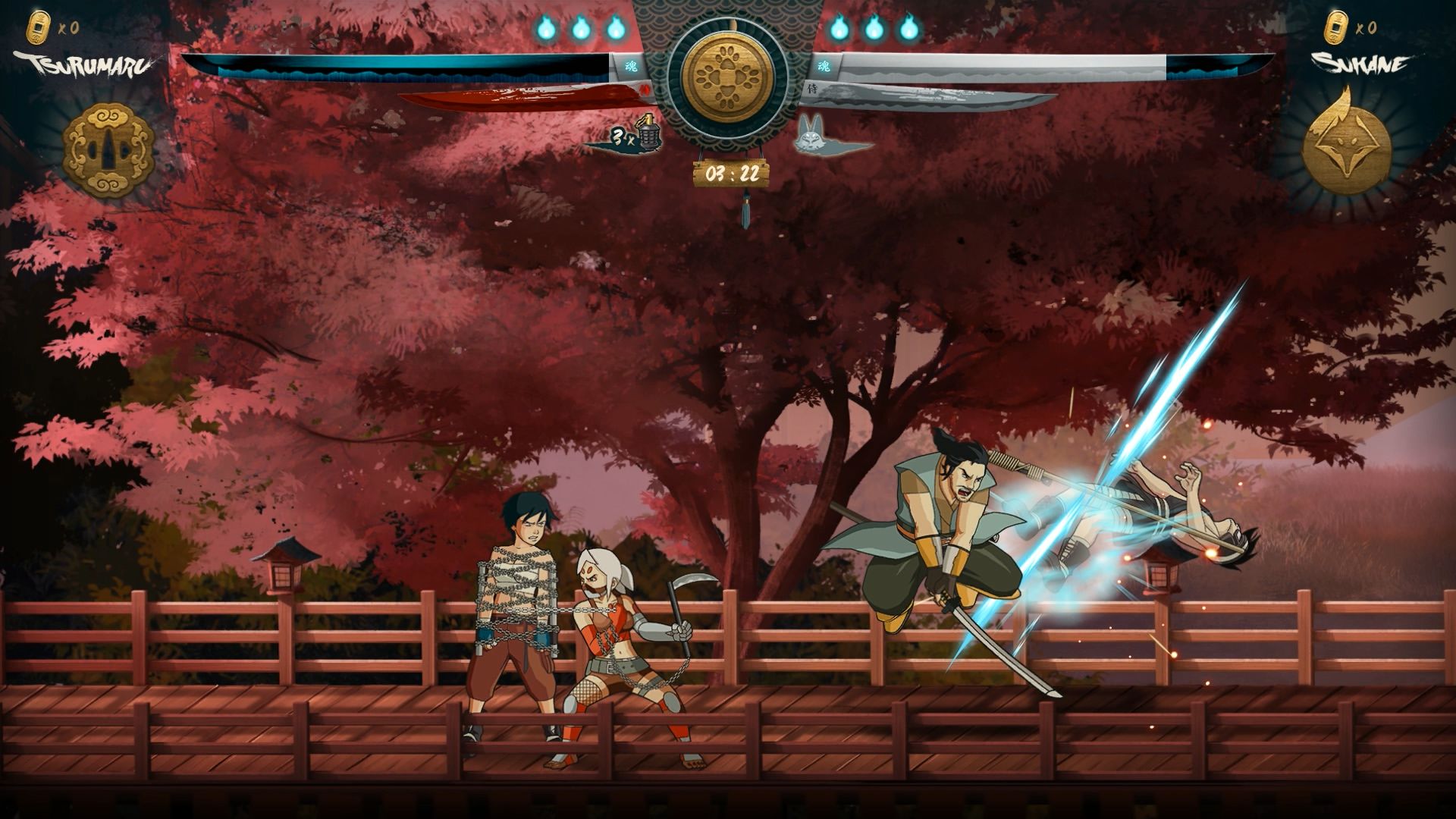 French indie developers Wako Factory will be launching their co-op beat ’em up game Samurai Riot on Steam on September 13th for £10.99, $14.99 USD, or €14.99. The game is inspired by classic beat ’em ups from the 1990’s like Streets of Rage and Teenage Mutant Ninja Turtles. Players will be able to do battle with a variety of Japanese weapons and work together to execute deadly combined skills. Samurai Riot features a branching story with eight possible endings based on the moral choices players make. The game supports up to two players, and both players’ decisions hold equal weight when it comes to the story.

Samurai Riot stars the ninja Sukane, who wields the transforming fox spirit Azu, and Tsurumaru, the samurai. The pair are on an adventure to stop the civil war and guide the world into modernity or hold true to traditions.