Players presented with new costumes, Super Villains, quest and updates to the game 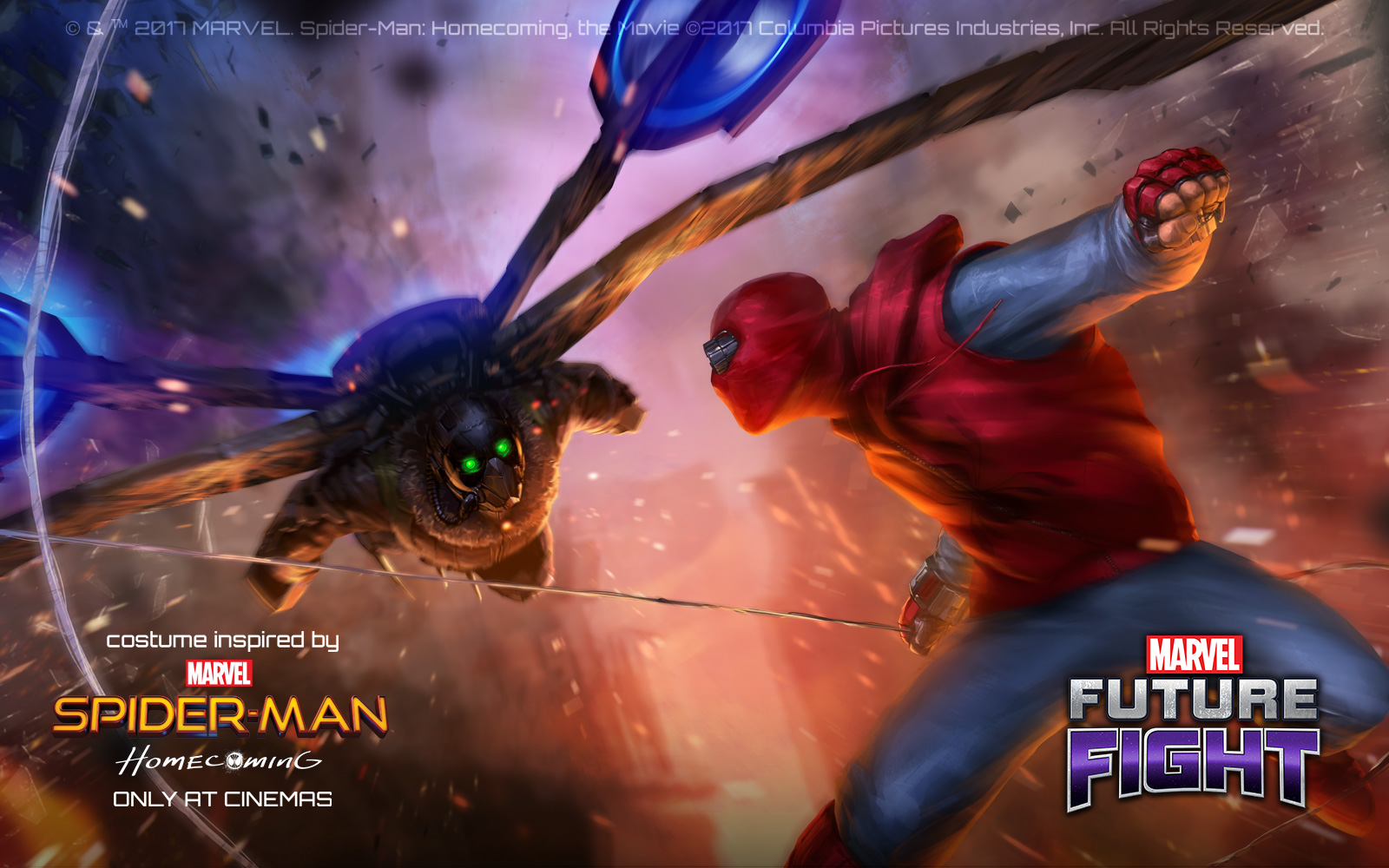 Seoul, Korea (July 5, 2017) – The fastest-growing mobile game company in Asia, Netmarble Games Corp., introduced two new uniforms inspired by Spider-Man: Homecoming and six new Super Villains into its hit action role-playing game MARVEL Future Fight! The new villains are all infamous foes of Spider-Man, and players will be able to face them in battle with a special quest and a new quest pack.

Spider-Man: Homecoming will be releasing in cinemas around the world from July 5th.

Improvements were made to the Alliance Conquest, as all allies can take part in the conquest and the Alliance Leader can be the only one to cancel it. When players use backup skills, push alerts are now sent out to all allies. Players can also check which allies are online while being able to sort out heroes by type, level and current status. Other updates include collecting ISO-8 for growth, improvements with the tutorial, and a new point system for growth points.

●      Sandman – A classic Spider-Man antagonist with the ability to transform himself into sand-like forms that he can manipulate and shape at will.

●      Lizard – When he lost his right arm in an accident, Dr. Curt Connors experimented with reptilian limb generation. The serum he developed turned him into a beastly, lizard-like creature.

●      Kraven the Hunter – As one of the world’s greatest hunters, he has honed his years of training and experience towards one goal: to hunt Spider-Man, the ultimate prey!

●      Rhino – With a virtually impenetrable, rhinoceros-like armor bonded to his body, Rhino uses his massive strength and speed against his most troublesome adversary – Spider-Man!

●      Vulture – With the help of a special suit with large wings, the Vulture possesses augmented strength and speed that allows him to take to the air at dizzying speeds to battle his arachnoid arch-nemesis.

MARVEL Future Fight is available worldwide in the App Store® and Google Play™.

Netmarble Games Corp. strives to entertain audiences of all ages, and around the world, by providing great mobile gaming experiences. Established in Korea in 2000, Netmarble is the fastest-growing mobile game company in Asia and consistently ranks as a top mobile developer and publisher worldwide. With more than 3,500 employees, Netmarble has been developing and servicing some of the most successful mobile games, including Lineage2 Revolution, MARVEL Future Fight, STAR WARS™: Force Arena, Everybody’s Marble, and Seven Knights. The largest shareholder to Jam City, a leading casual game developer, and parent company to Kabam, a top global game developer in massively multiplayer free-to-play games, Netmarble has strategic partnerships with CJ E&M Corporation, Asia’s largest entertainment company, Tencent Holdings, Asia’s largest internet company, and NCsoft, a prominent MMO company. More information can be found at www.netmarble.com.

Marvel Entertainment, LLC, a wholly-owned subsidiary of The Walt Disney Company, is one of the world’s most prominent character-based entertainment companies, built on a proven library of more than 8,000 characters featured in a variety of media over seventy-five years. Marvel utilizes its character franchises in entertainment, licensing and publishing. For more information visit marvel.com. © 2017 MARVEL © 2017 CPII

In Spider-Man: Homecoming, a young Peter Parker/Spider-Man (Tom Holland), who made his sensational debut in Marvel’s “Captain America: Civil War,” begins to navigate his newfound identity as the web-slinging super hero in “Spider-Man: Homecoming.” Thrilled by his experience with the Avengers, Peter returns home, where he lives with his Aunt May (Marisa Tomei), under the watchful eye of his new mentor Tony Stark (Robert Downey, Jr.). Peter tries to fall back into his normal daily routine – distracted by thoughts of proving himself to be more than just your friendly neighborhood Spider-Man – but when the Vulture (Michael Keaton) emerges as a new villain, everything that Peter holds most important will be threatened.  Directed by Jon Watts. Produced by Kevin Feige and Amy Pascal. Screenplay by Jonathan Goldstein & John Francis Daley and Jon Watts & Christopher Ford and Chris McKenna & Erik Sommers, Screen Story by Jonathan Goldstein & John Francis Daley, Based on the Marvel Comic Book by Stan Lee and Steve Ditko. Spider-Man: Homecoming will be releasing in cinemas around the world beginning July 5, 2017.