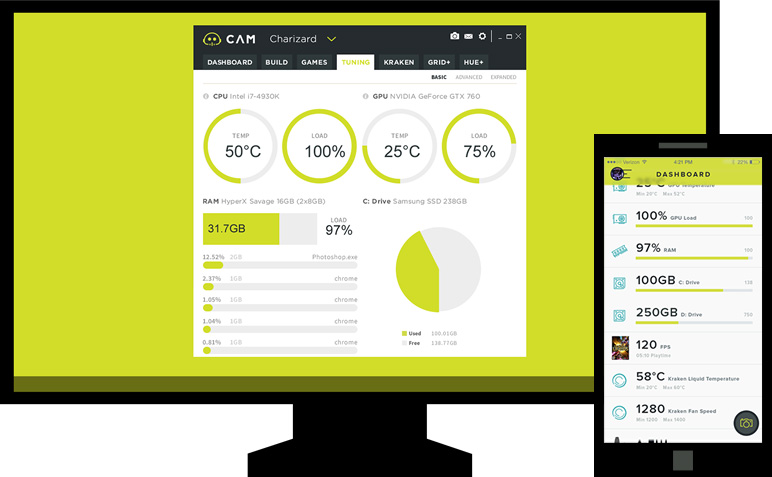 NZXT is a PC hardware manufacturer specializing in PC cooling solutions and cases. Their CAM software is supposed to allow NZXT owners control their NZXT fans and help PC users monitor their PC’s temperature, voltage, and FPS via overlay and mobile apps, but it appears that the software is also funneling the data to NZXT in bulk. Users have been complaining about the data usage on reddit for almost a year now, after discovering the CAM software was funneling IP and MAC addresses back to NZXT servers. The most appalling thing was the amount of data being sent back, with one user reporting that CAM sent over 22 GB of data to NZXT and another complaining of intense lag during Quake Champions as a result of the high speed of uploads being used by CAM combined with their already slow internet speeds.

The matter finally came to the forefront on reddit this week, forcing the founder of NZXT to post a statement outlining exactly what sort of data CAM collects and why NZXT is collecting it. He said the data collected was “CPU and GPU temperatures/loads, computer nicknames, user settings (things like your favorite colors, fan curves, custom images, build images, etc.), FPS statistics, monitor resolutions, games being played, game duration, system specs, Windows version, CAM version, RAM loads, drive capacity, IP/MAC addresses … , usage of features with the app like basic mode, advanced mode, full-screen mode, and in-game overlays.” He promised greater transparency on the data NZXT is collecting in the future and having his engineers cut down on the amount of data CAM consumes along with halting the collection of IP and MAC addresses.

The entire matter will hopefully remind gamers to read the Terms of Service carefully. It is incredibly intrusive that the software required to control NZXT hardware that users have already paid for is sending so much personal data to NZXT without an opt out feature. The fact that CAM consumes so much bandwidth while doing so is adding insult to injury, especially for users in places like Australia where internet speed and bandwidth caps are severely limited. As if the entire situation wasn’t embarrassing enough, the founder of NZXT actually capped his announcement off with a job ad for a new ” VP/Director of Engineering to help us evolve and improve our software.”