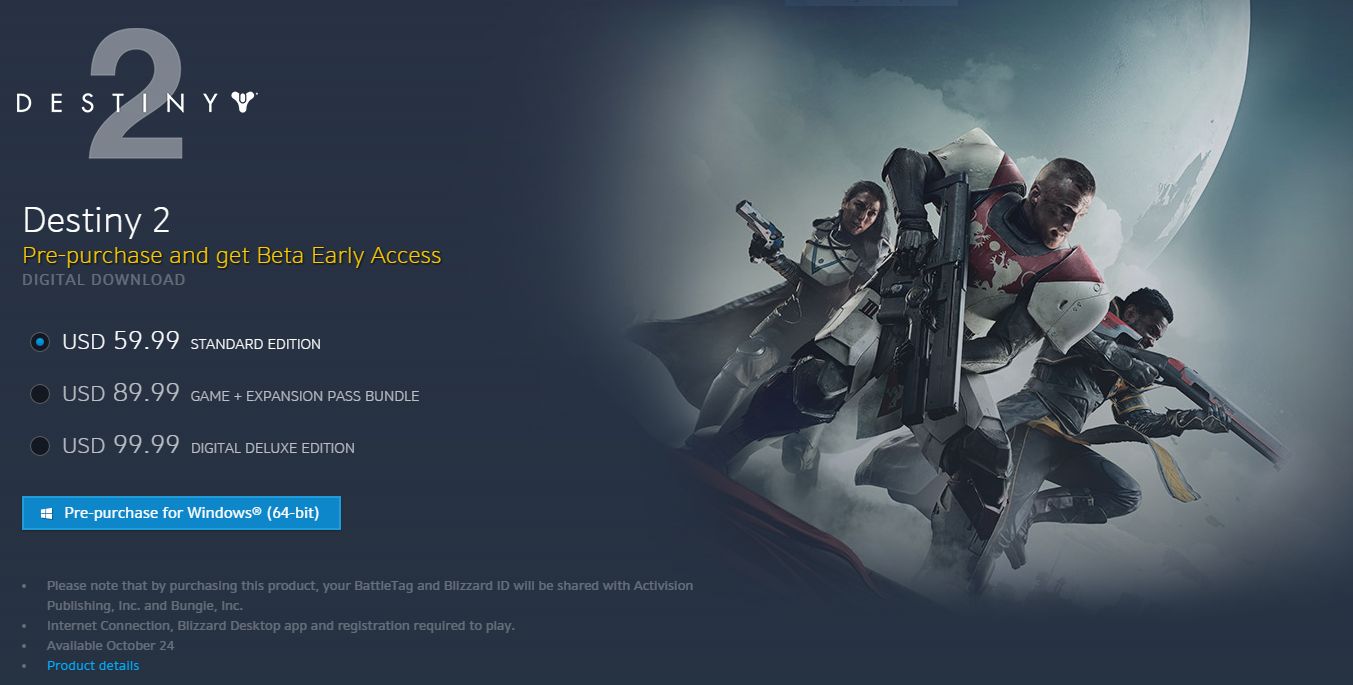 Activision is doing a little more than just using Blizzard’s store to sell Destiny 2 is seems. Activision is using their partner company’s mantra of waiting to delaying a game until it’s ready. Some sharp eyed fans have noticed that the release date for the PC version of Destiny 2 on Blizzard’s storefront has been pushed back to October 24, seven weeks after the console’s September 6 release.

All signs point to the PlayStation 4 and Xbox One releases being on track, so the delay is likely related to Bungie doing some last minute bug stomping and optimization. For PC fans, it’s disappointing, but far less disappointing than dealing with a bug-ridden game. Look on the bright side, at least PC gamers have a release date for Destiny 2, unlike a certain cowboy game.

From Destiny to Guitar Hero: Activision’s Line-Up Shines at E3