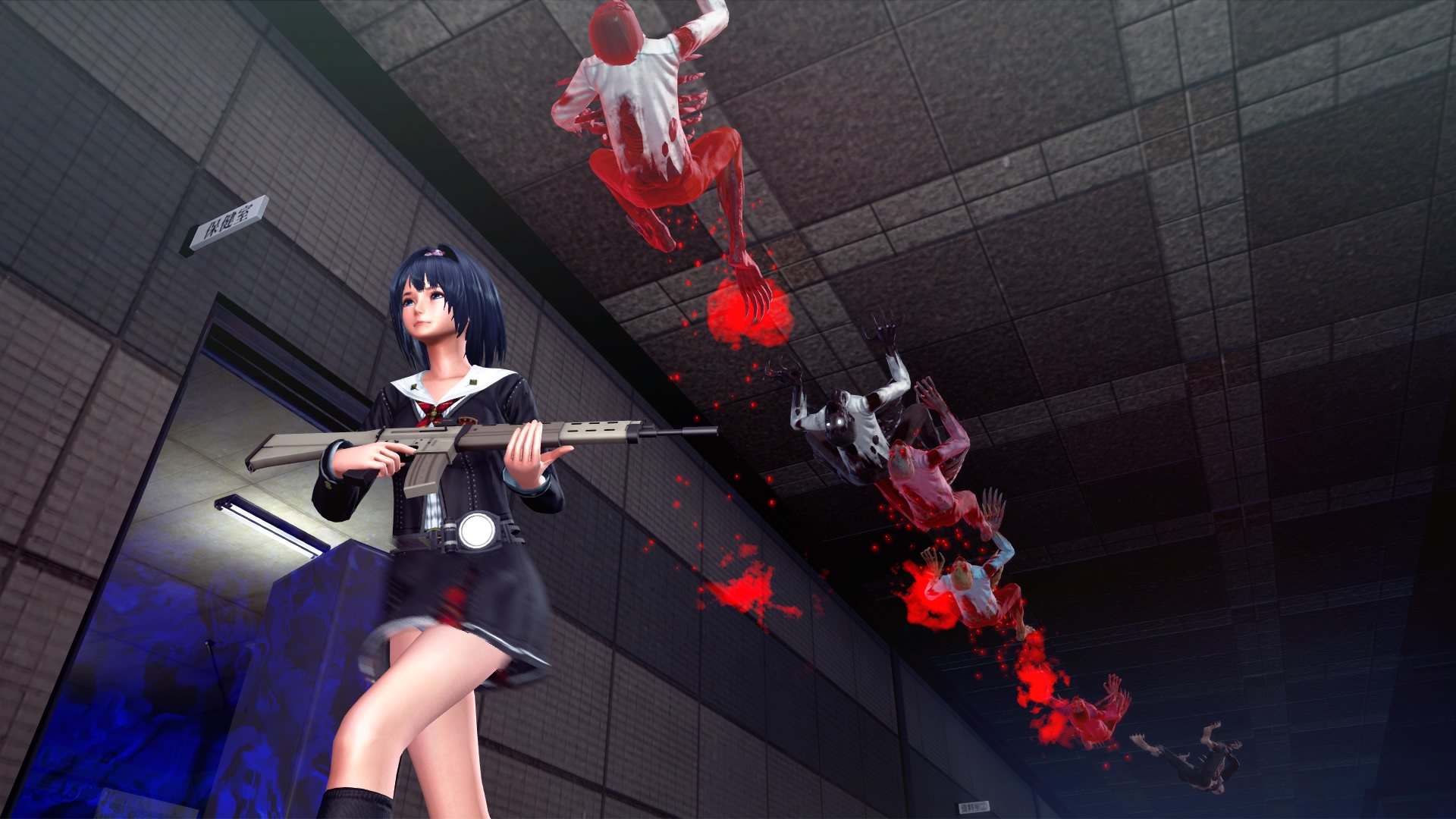 With SG/ZH School Girl/Zombie Hunter released in Japan today the opening movie for the game has been released online and D3 Publisher has also decided to release some new details and screenshots for the game. In SG/ZH School Girl/Zombie Hunter players will be able to make use of various standard firearms as well as a number of powerful explosive weapons such as rocket launchers, and traps that can sever a zombie’s leg and make them far less threatening.

Alongside these new weapons the company also detailed some different enemy types that players will encounter outside of the standard male and female zombies. Certain zombies have evolved to be more deadly than others with Police zombies still carrying firearms, Butchers that wield giant blades, rotting eggs that explode and send the anything near it flying, zombies carrying hammers, monstrosities that are called centipede zombies, and even those that can climb on the ceiling.