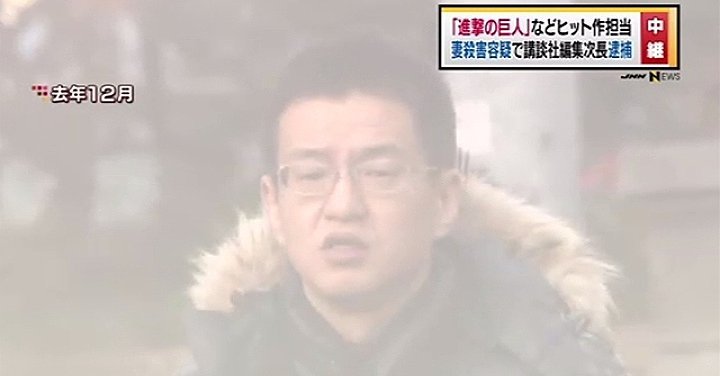 Jung-hyun Park, the first editor to have helped with the popular Attack on Titan manga series, has been arrested in suspicion of murdering his wife. Tokyo Metropolitan Police Department have charged him with homicide after the assistant editor-in-chief of Kodansha’s magazine continued to change his story about how he found his deceased wife.

According to NHK News, the husband called for emergency services on August 9th at 2:50AM to report that his wife “had collapsed” and claimed that she had “fell down the stairs.” He later changed his story to say that she “committed suicide by hanging herself by a handrail” only for an autopsy to reveal that the cause of death came from strangulation on Kanako’s neck. With no evidence showing any other possible suspects and the entire family home at the time, the police arrested Park though have issued a statement saying that he is “maintaining his innocence.”