Brut@l is making the jump to PC after spending several months as a PlayStation 4 exclusive. The rogue-like dungeon crawler is launching on Steam very soon. We had the chance to get an early look ahead of the game’s February launch.

Brut@l is inspired by old school dungeon crawlers, mixing a hack ’n slash with rogue-like gameplay mechanics. To start the game, players choose one of four classes: Warrior, Amazon, Mage, or Ranger. The player’s health and starting skills are set based on their class. Players are dropped into the dungeon with only their bare fists, an unlit torch, and a shield that doubles as a ranged weapon. Mages swap the shield and their fists for a staff that fires magical bolts at the cost of mana. While the initial skills are chosen based on class, players are free to choose skills from any of the four trees as they level up. This allows players the flexibility to change their play style in response to the drops that appear in their dungeon seed. 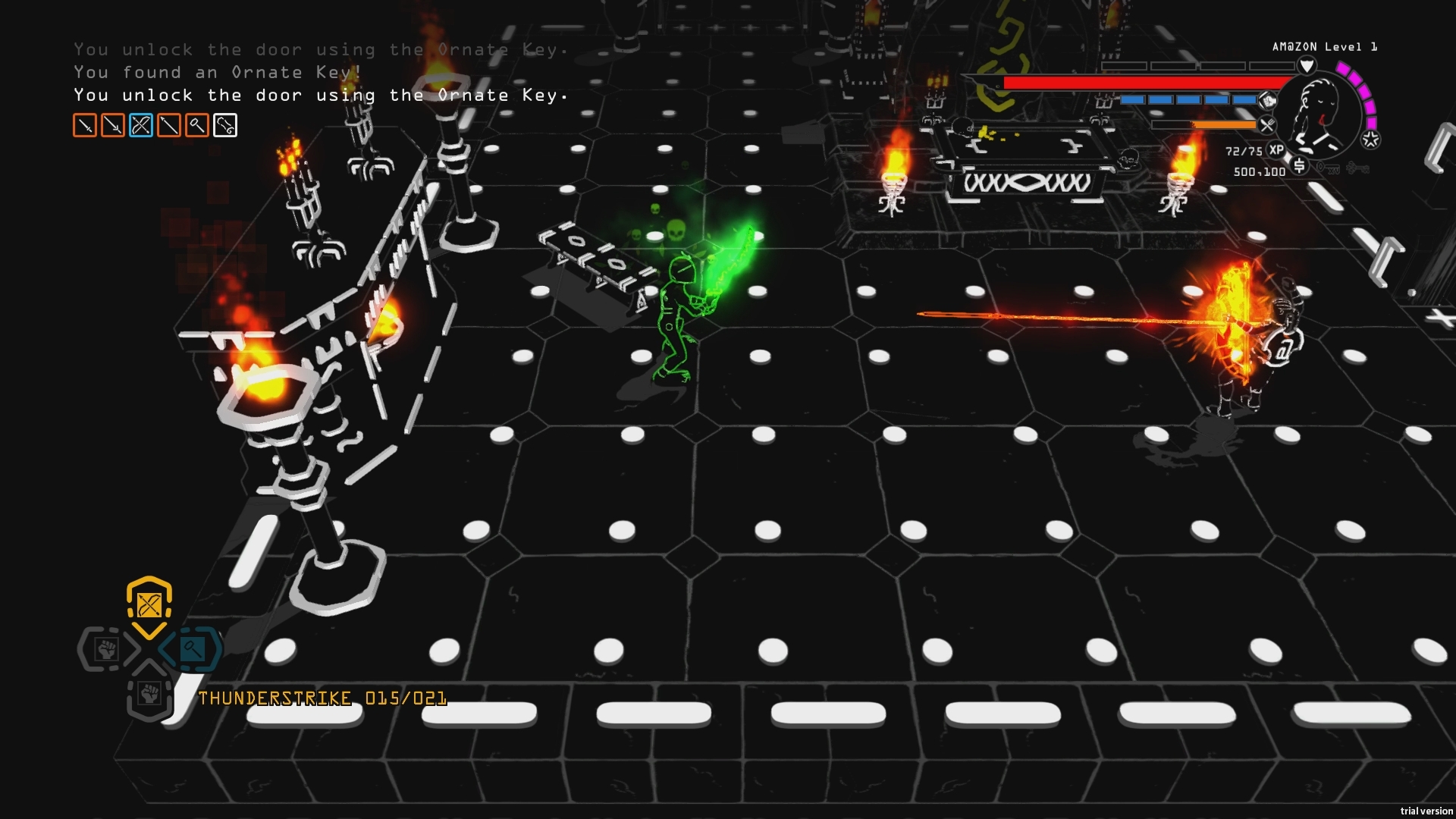 Each dungeon contains 26 floors that are randomly generated with the last floor occupied by the final boss. Armour, potion materials, and arrows are scattered throughout the dungeon on pedestals, in chests, and in destroyable containers. Weapon blueprints are found in a similar manner, but require players to collect certain letters to craft the weapon. Once the weapon is crafted, players can use certain coloured letters to enchant their weapons with a variety of different elemental effects. Potions can also be crafted using materials found in the dungeons. The effects of the potions changes every time a new dungeon is started, so players must experiment on either themselves or the enemy each playthrough to discover the effects of each coloured potion.

Brut@l’s armour system is rather novel. Unlike most dungeon crawlers, Brut@l treats armour as an expendable resource. Each piece of armour found awards players 25 points of armour, but players lose armour points as they take damage. The system puts a greater emphasis on player skill, rewarding players who can dodge and block damage. 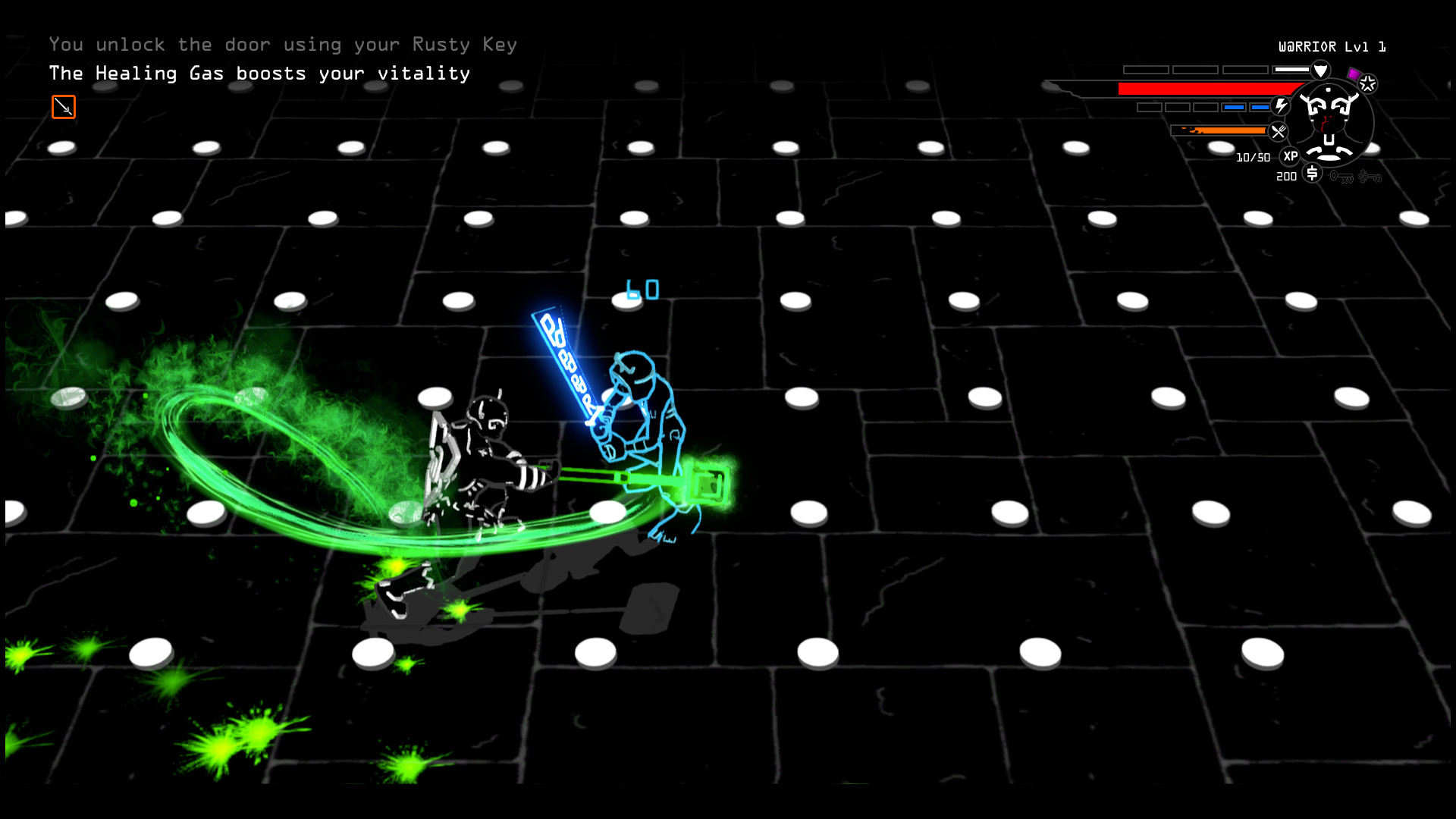 The health system in Brut@l is composed of a hunger bar and the actual hit points itself. Special attack points and mana will only regenerate with points in the hunger bar. The hit points bar is self explanatory: run out of hit points and die. Since Brut@l is a rogue like, death is permanent. The main source of healing is from food, which recovers HP and hunger points, and healing items, which recover only hit points. Players can try to buy themselves some wiggle room by cashing in the gold they find in the dungeon for a chance to earn reincarnations at the altar of the gods.

Combat in Brut@l is on the simpler end of the spectrum of hack ‘n slash games. The character has a melee attack button that can be chained into combos of three. With enough special power and the weapon’s associated skill, players can trigger a lethal strike that can clear out multiple enemies in one go. The shield throw is more of a utility skill than an actual useful ranged attack with its long cooldown and uninspiring damage. The staff can fire off more shots in quick succession, but come at the cost of mana, which takes time to recharge. The bows use arrows that can be found throughout the dungeon. Strangely enough, the bow is supposed to be the Ranger’s bread and butter weapon, but the Ranger must find a blueprint and craft one just like any other class. 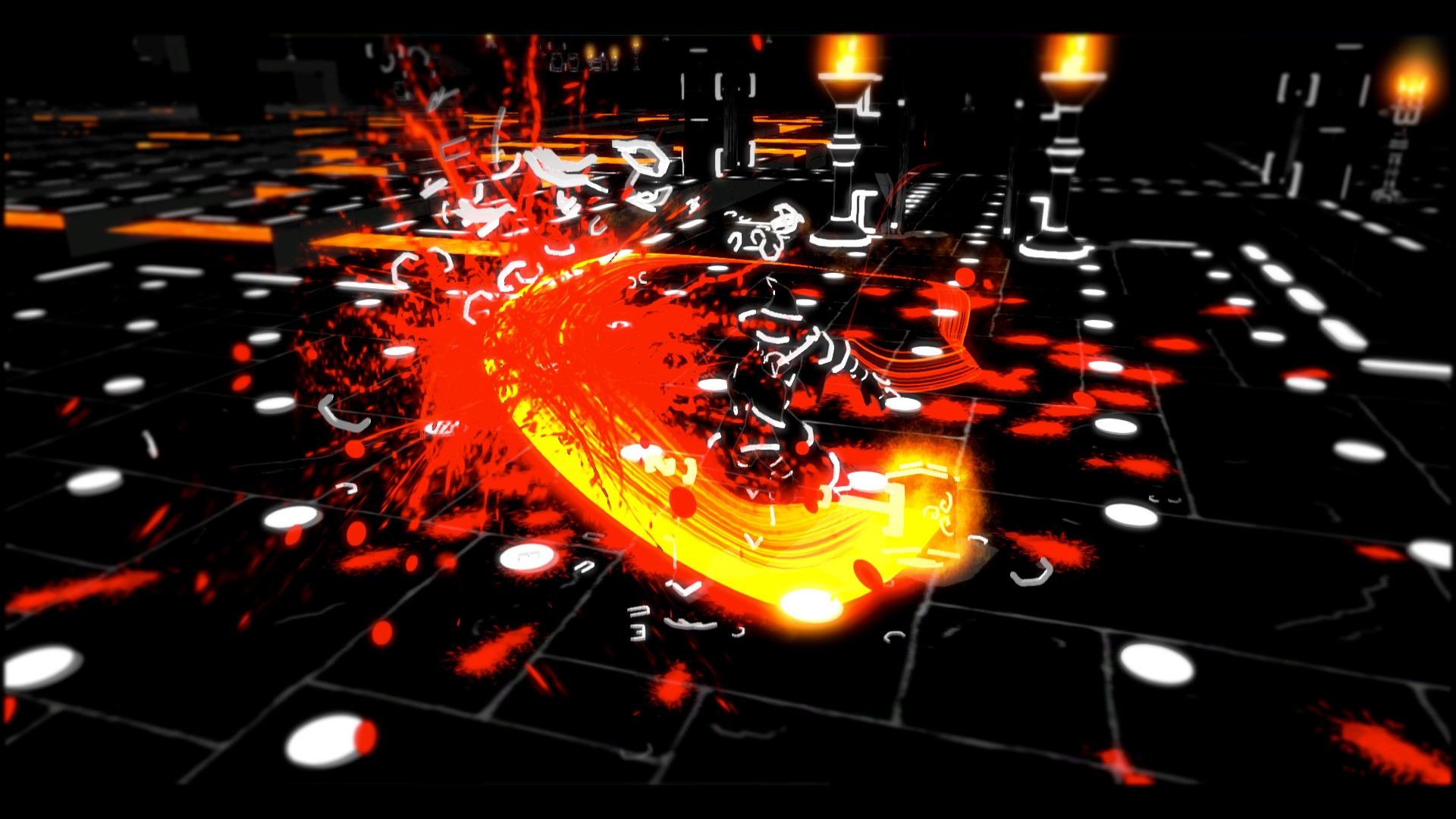 Stormcloud Games highly recommends using a controller for Brut@l and I happen to echo their sentiment. The mouse and keyboard controls are passable, but a little clunky. It is clear that Brut@l was originally envisioned for the consoles as the game is more enjoyable with a controller. The game supports swapping key bindings for mouse and keyboard, but the controller layout is standardized. I am not a huge fan of the game’s dodge controls as it takes way too many button presses to be useful.

Brut@l includes a dungeon creator to augment the randomly generated dungeons. Players are given a variety of tiles, enemies, objects to use. To ensure game balance, each enemy and object has a currency cost attached to them and each dungeon level has a limit of 500 points. Once the dungeon is built, the creator must complete a playthrough in the dungeon to validate the layout before the level can be uploaded. I found the tools to be easy use thanks to the simple controls, and I really like the idea of having players beat their own dungeon to prove it is possible to complete. 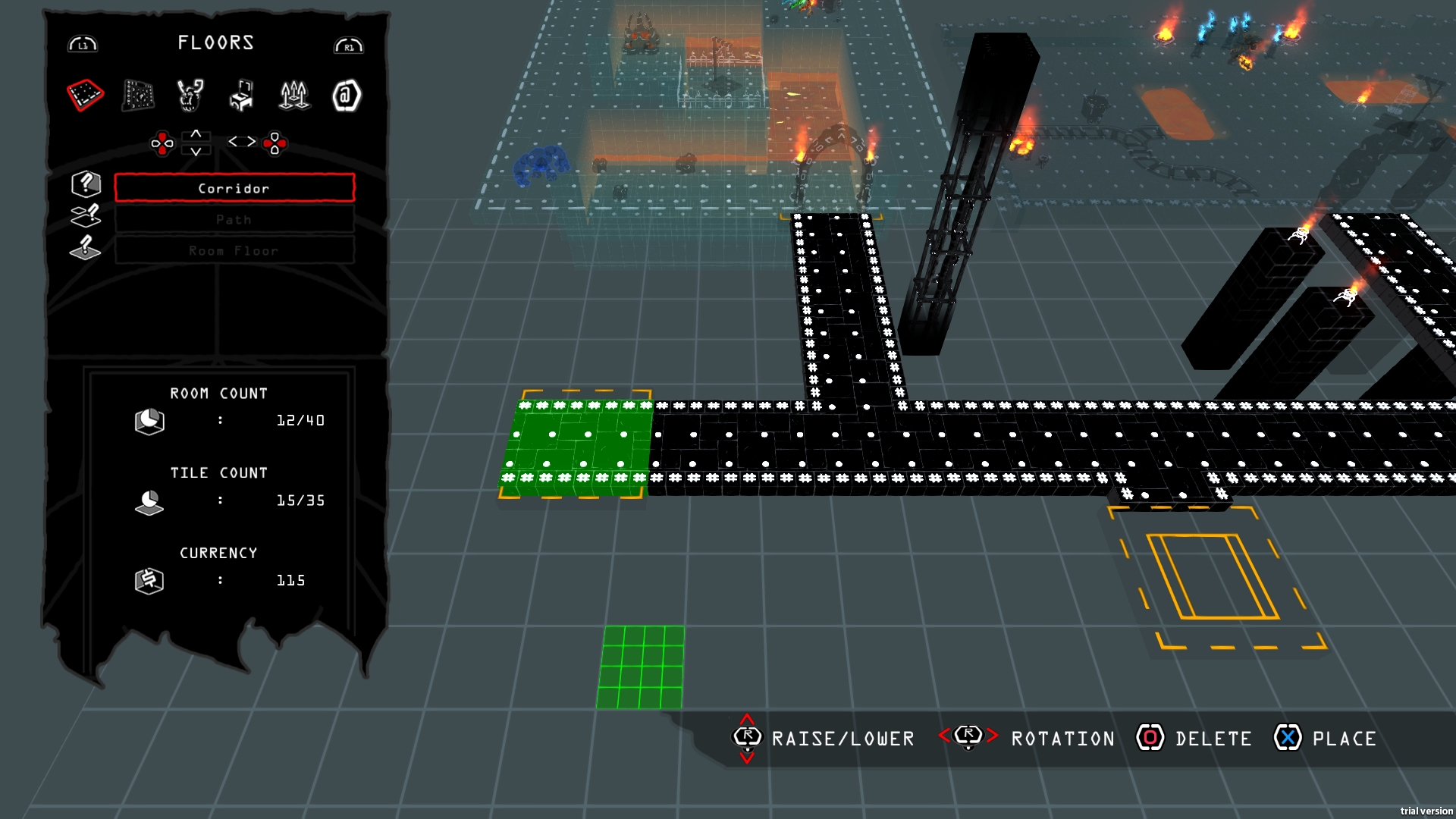 Brut@l has a distinctive art style that is inspired by all sorts of retro gaming. The game focuses on a black background accented by white ASCII characters to form everything from enemies to weapons. Objects that are imbued with elemental effects are coloured in a neon glow, which stands out nicely from the game. Brut@l’s art style is an incredibly creative way to pay homage to old school ASCII based games like MUDs while still giving Brut@l a very modern look.  The ASCII design is looks great in screenshots, but the black and white colour scheme is not always the most practical thing. In the heat of the action, it can be difficult to visually track the small enemies that like to cling to the player.

The audio experience in Brut@l is standard for a dungeon crawler. The sound effects are solid. The soundtrack is the usual epic fantasy fare.

Brut@l is an interesting take on the classic rogue-like dungeon crawler. The game is simple to learn and will provide a decent challenge for most gamers. The dungeon creator is a nice bonus to augment the randomly generated content. Brut@l’s art style is one of the most creative designs in the last few years. Brut@l looks like it is more than ready for launch.