Moscow, Russia – December 7, 2016 – Developer Fast Forward Studios and global publisher My.com continue to reshape the definition of true mobile MOBA gaming with a new public test phase for Planet of Heroes. By reducing average game sessions to seven minutes, Fast Forward has succeeded to optimize the MOBA experience for smartphone use. In this new test phase, the developers are focused on adding features that have been requested by the community. A new hero, a streamlined new player experience through elaborate tutorials, and a player versus environment story driven campaign are all new additions. 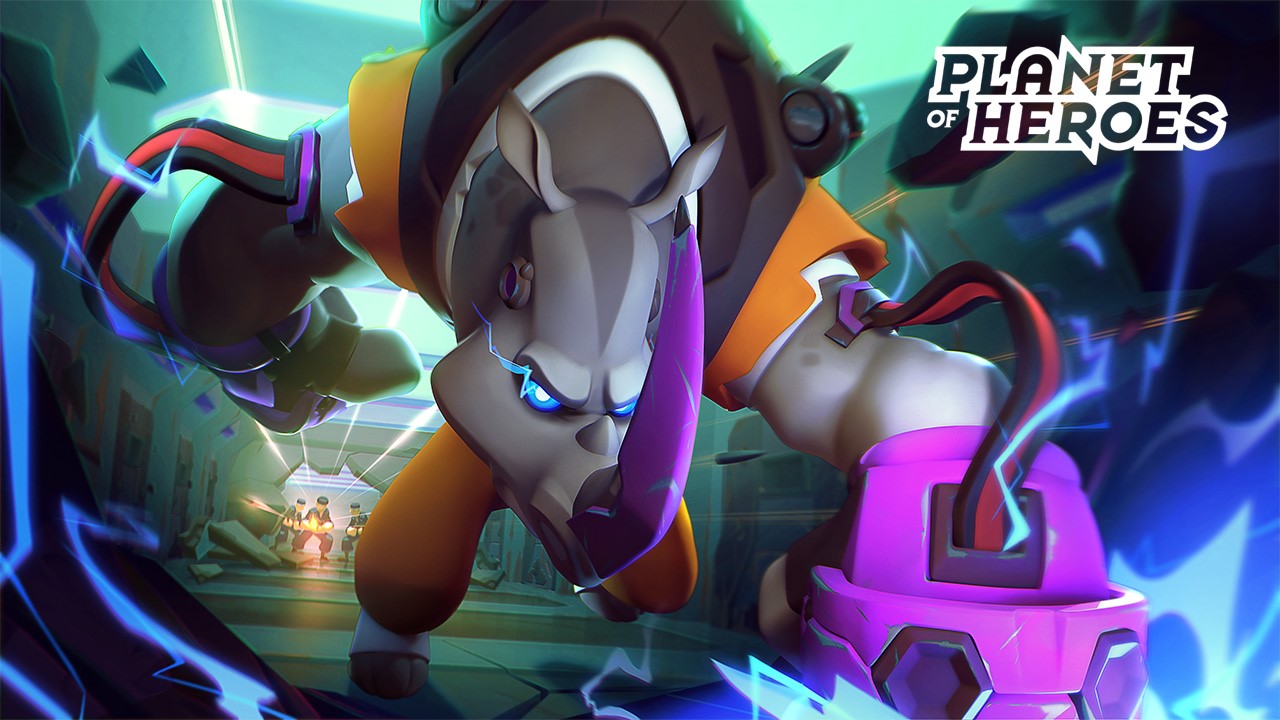 The new public test is currently live for iOS and Android devices. Fast Forward Studios invites players to be involved in the development of the best mobile MOBA experience! To get access to Planet of Heroes please click HERE: moba.my.com/

“We worked really hard to make Planet of Heroes the best mobile MOBA game out there and make it really comfortable to play it on your phone,” said Head of Fast Forward studios, Ivan Fedyanin. “We achieved it with seven minute long game sessions and really swift touchscreen controls. Now it’s time to give players more diversity in gameplay and that is what we aimed for in the update.”

New Additions to Planet of Heroes:

Dozer:
A new hero arrived onto the battlefield! A key component for fun gameplay is players being able to find the correct hero suitable for their playstyle. Dozer, a giant humanoid rhino, is capable of soaking up a lot of damage. He is an ideal pick for those who see tanking as their role on the battlefield. Dozer is not going to be a best damage dealer in his team, but his utility coming toe-to-toe with enemies is unmatched due to his crowd-control abilities and massive body which turns him into a living shield for the team.

New PvE campaign:
There are five new story-driven missions in the game right now so players can take rest from intense PvP battles in full-blown Action RPG mode. For those who need challenges, there is a more difficult mode with tougher enemies and greater rewards. Players are advised to play one mission numerous times – each try will be different, and the rewards will scale with the achievements.

Tutorial mode:
Massive Online Battle Arenas are not easy to master. Luckily Fast Forward Studios recruited the help of the best MOBA game expertsto help build the best tutorial for new players. It takes a lot real game practice to become the best, but the tutorial will cover how basic things work in the game to feel confident in a live battle. It is not only about controls; this mode explains how to play different styles, use runes to the player’s advantage, and fight bosses.

Planet of Heroes is an action-packed modern MOBA for mobile devices that aims to capture the essence of what makes the genre great on PC, while playing to the strengths of mobile platforms. Planet of Heroes makes the most of the mobile experience, allowing for both simultaneous head-to-head online play, and asynchronous offline play. Game controls are tailored to make the most of mobile devices, eschewing awkward gestures and control layouts in favor of friendly, easy-to-grasp control schemes.

My.com comprises myMail, MAPS.ME, myTarget, and online and mobile games. Its mobile communications and entertainment services and apps facilitate people in pursuing their business goals – and let them relax and have a good time gaming in-between. Copyright © 2016 My.com.