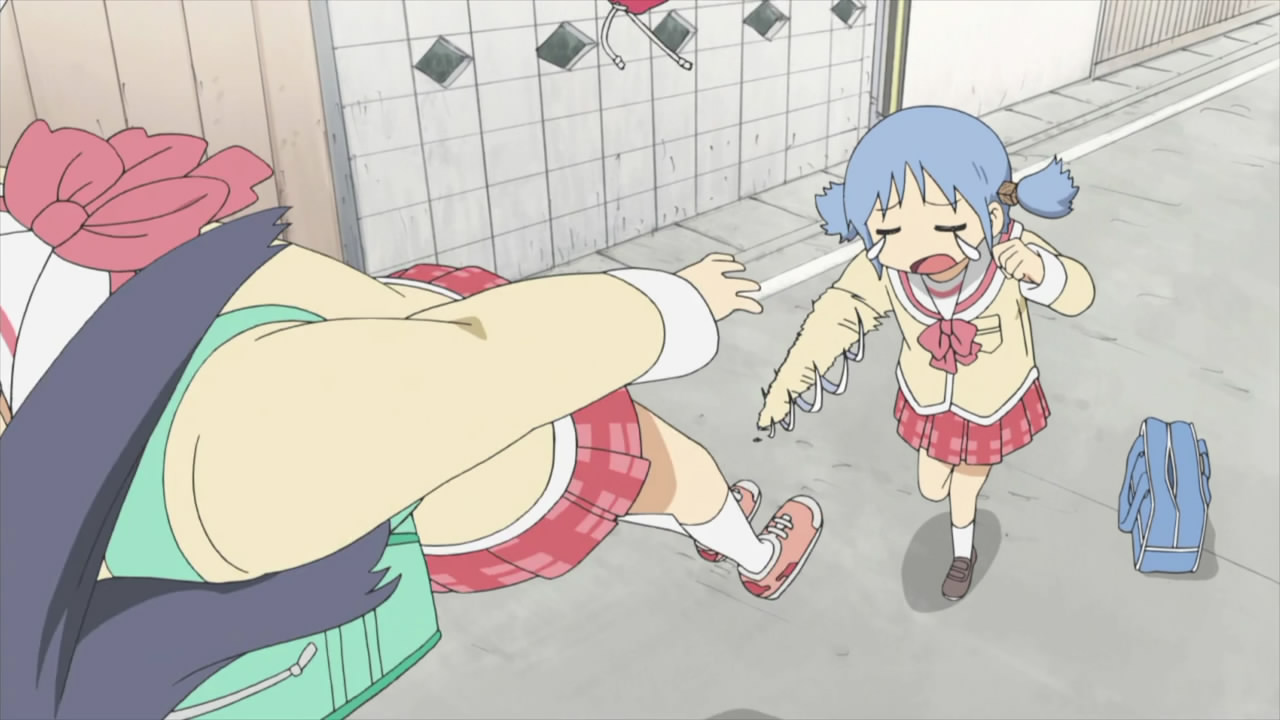 At their Industry Panel at YoumaCon 2016, FUNimation Entertainment announced their acquisition of three anime series. Nichijou (My Ordinary Life), Scrapped Princess and The Betrayal Knows My Name will all be released in North America in February 2017.

Nichijou will be released on DVD and Blu-ray with Japanese audio and English subtitles on February 7, 2017. The release will include episodes 1-26 and the OVA episode. It is unknown if FUNimation will use the subtitles track from Madman Entertainment’s Australian DVD release of the series.

Scrapped Princess will be released in a DVD and Blu-ray combo pack on February 28, 2017. Episodes 1-24 will be featured with dual audio and English subtitles.

The Betrayal Knows My Name will also be released on DVD on February 28, 2017. Episodes 1-24 will be featured with Japanese audio and English subtitles.