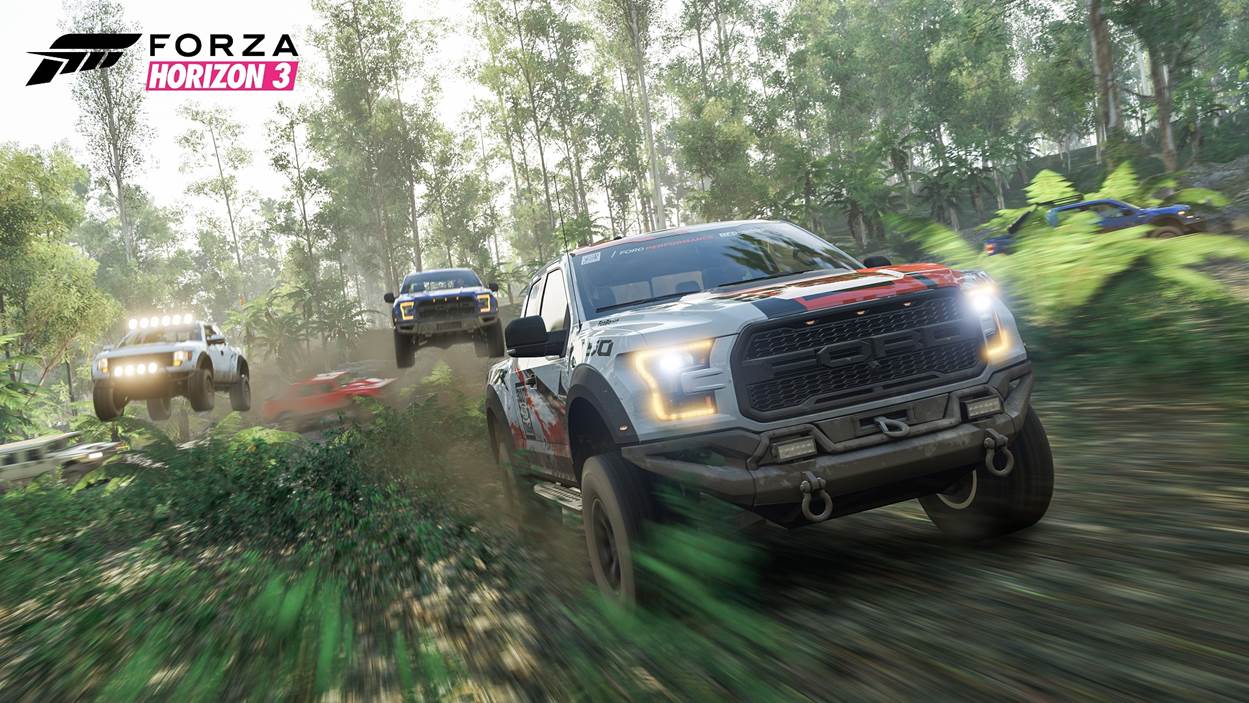 Forza Horizon 3 launches globally on September 27th (23rd for those who pre-ordered the Ultimate Edition) but Xbox One users can test drive it today as a free demo has been released on the console. The demo gives access to a portion of the full game’s map and gives a sort of guided tour of all the games best features. Once you’ve completed all the events in the demo you’ll be able to hop into an online free roam seassion with your Forza friends to explore the rest of the demo’s map in a co-op session. 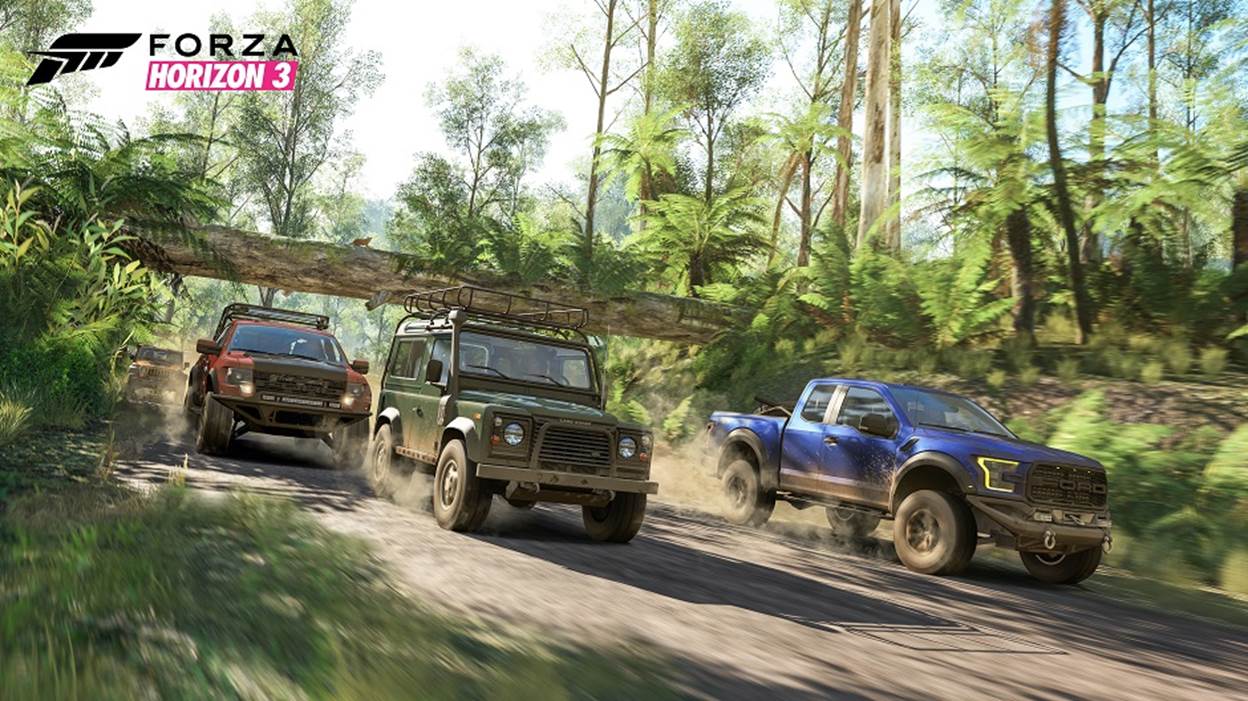 The vehicles in the Forza Horizon 3 include one of the game’s cover cars, the Lamborghini Centenario, a couple of dune buggys, a trophy truck and your choice from cars such as the BMW M4 Coupe, the Ford Shelby GT350R and 2014 HSV Limited Edition GEN-F GTS Maloo. The full game will feature over 350 cars for you to collect, customise and race. Here’s the most updated revealed car list if your interested. 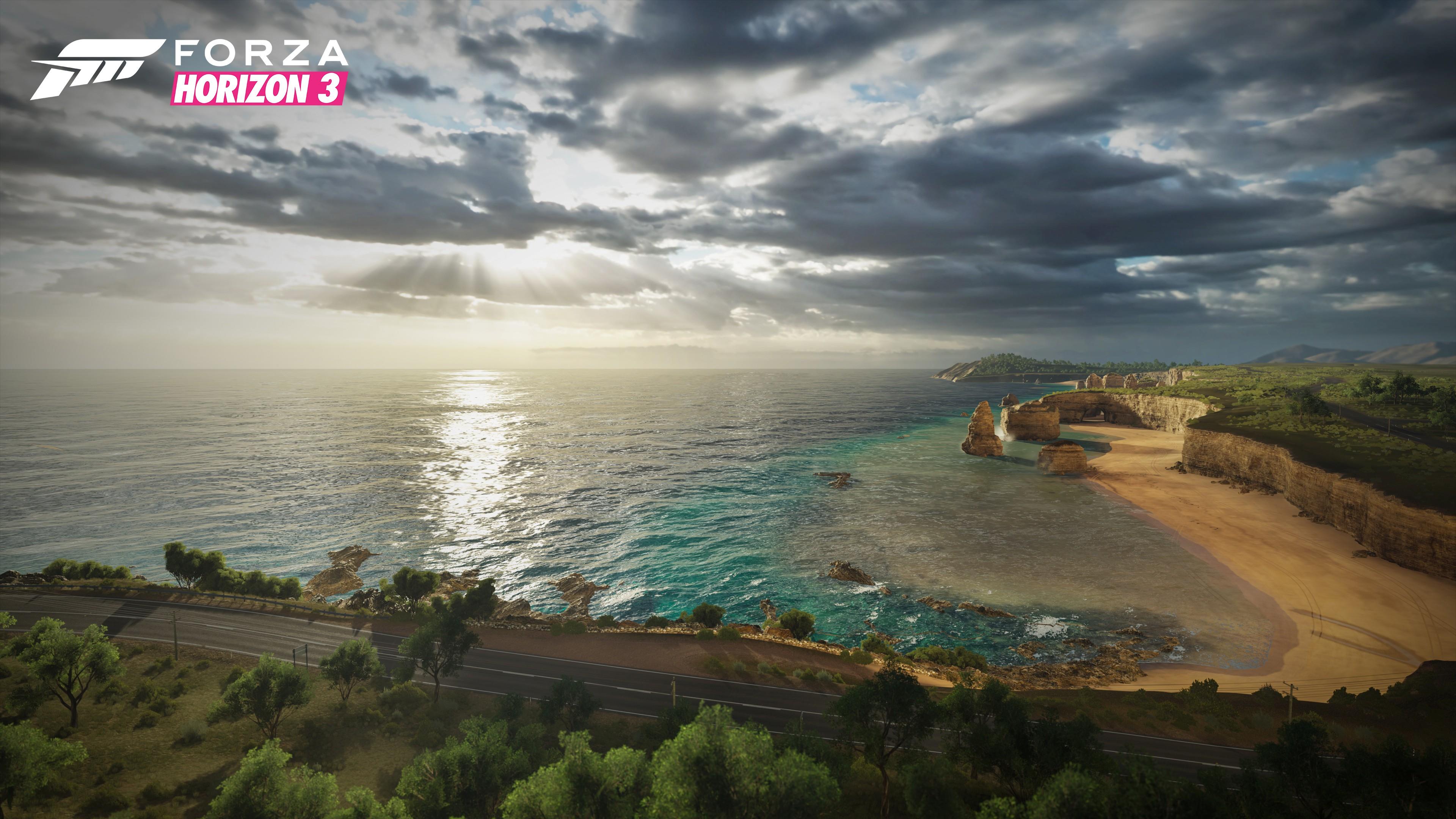 Hopefully you’ve kept reading to this point as a lot of details regarding the games soundtrack were also released. Forza Horizon 3 will feature close to 150 songs across eight different radio stations with returning favourite stations like Pulse and Base Arena to new stations that feature new and class hits from genres such as hip hop, indie rock, punk/metal and classical.

You can greatly expand that offering if you’re a subscriber to Microsoft’s Groove Music streaming service. Like most streaming services this gives you access to millions of songs and there is a 14 day no obligation free trial new members can take advantage of if they want to check out that service. A full list of radio stations and tracks included in the game is below. 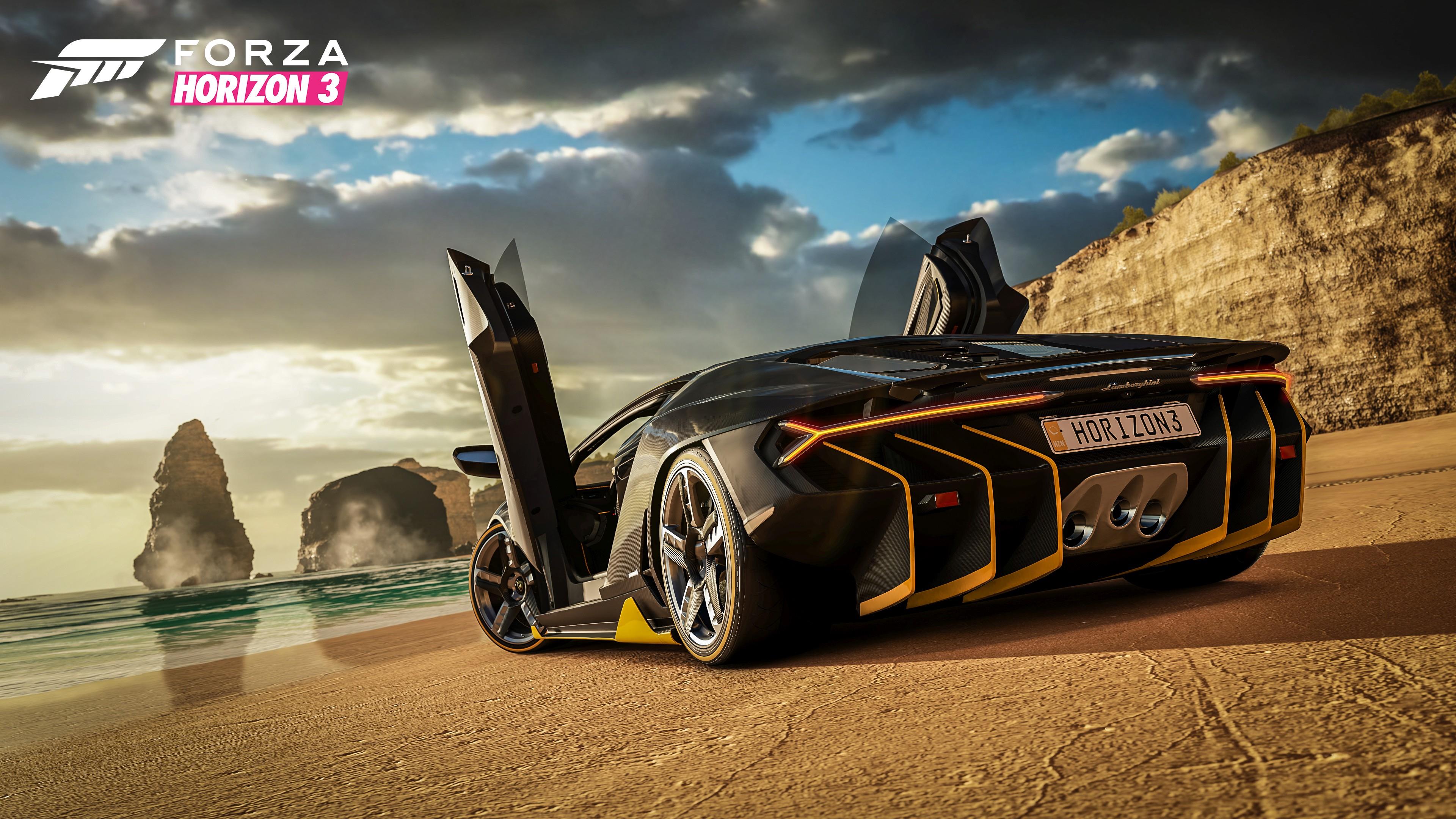 Vagrant Records
Horizon has teamed up with Vagrant Records, the LA-based indie label, to bring a diverse selection of indie, hard rock, punk and emo hits, to your Festival. Van Pierszalowski from WATERS hosts an eclectic selection from artists including The 1975, White Lies, and blink-182.

Epitaph Records
If you like your music loud and raw, then check out the sounds of Epitaph, the independent record label founded by Bad Religion guitarist Brett Gurewitz. Join Keith Buckley of Every Time I Die on Epitaph Records Radio for a selection of the greatest punk, metal, and post-hardcore. Courtesy of Bad Religion, The Offspring, Saosin, and more.

Hospital Records
Indie label Hospital Records Radio is back at Horizon bringing you all drum and bass, all of the time. Label owners Chris Goss and London Elektricity introduce artists including Netsky, Metrik, and Fred V & Grafix.

Timeless FM
For those who like the finer things in life, local legend Don Thompson keeps things sophisticated on Timeless FM with a tour of the classical greats—from Beethoven and Mozart to Tchaikovsky. 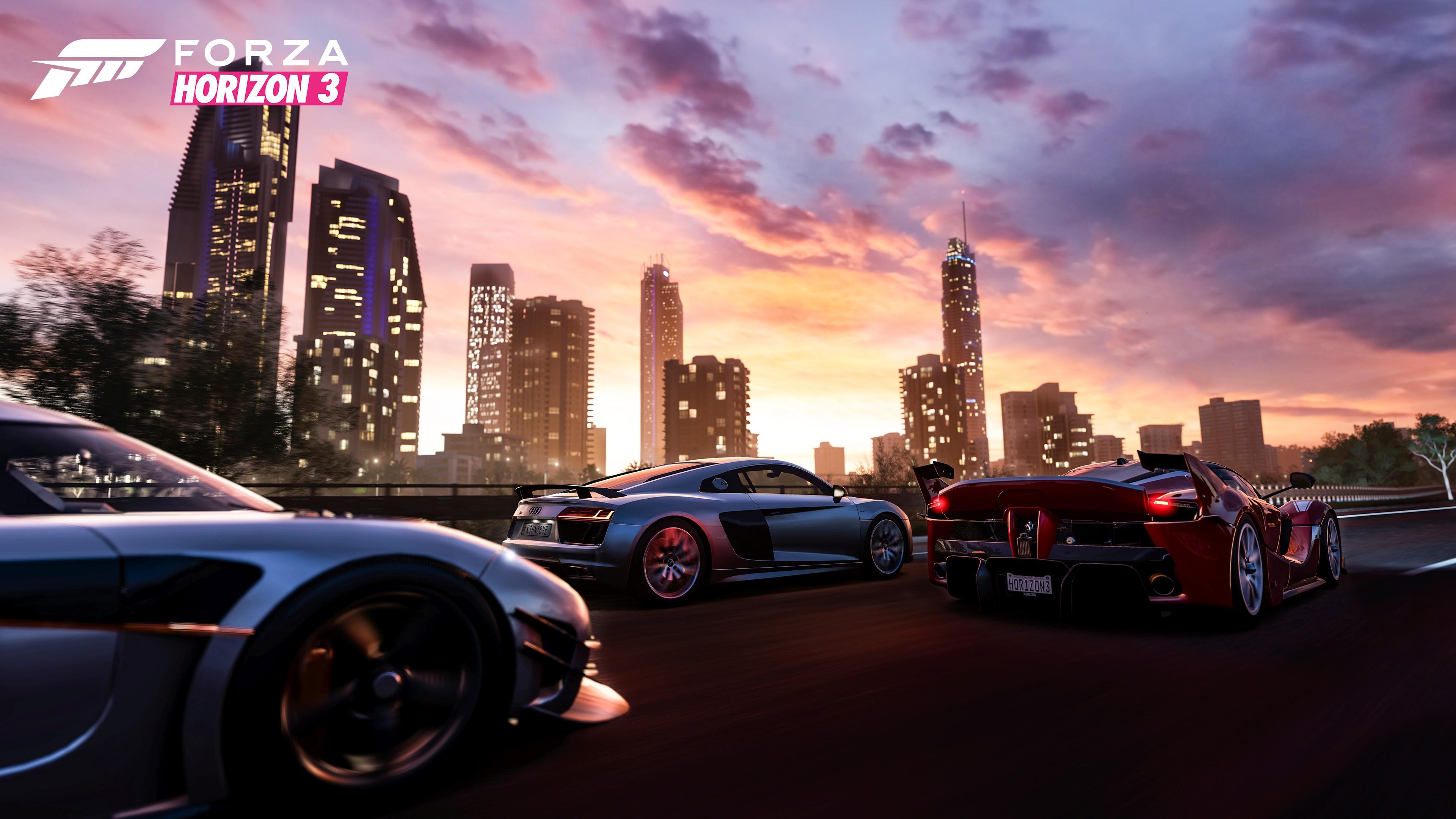 Check back for our full review of Forza Horizon 3 in the coming weeks. Please check out review for the first installment in the Forza Horizon series while you wait for the 18.34 Gb demo file to download on your Xbox One. Unfortunately PC user’s are out of luck for now, a standalone demo will be released for the PC sometime after release. It should also be noted the demo will not feature the graphical benefits of HDR, although the feature will be present in the game at launch for those with an Xbox One S to take advantage of it. 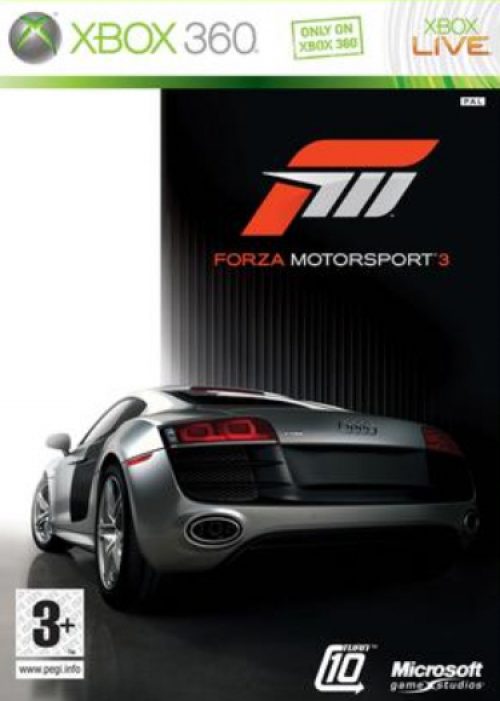