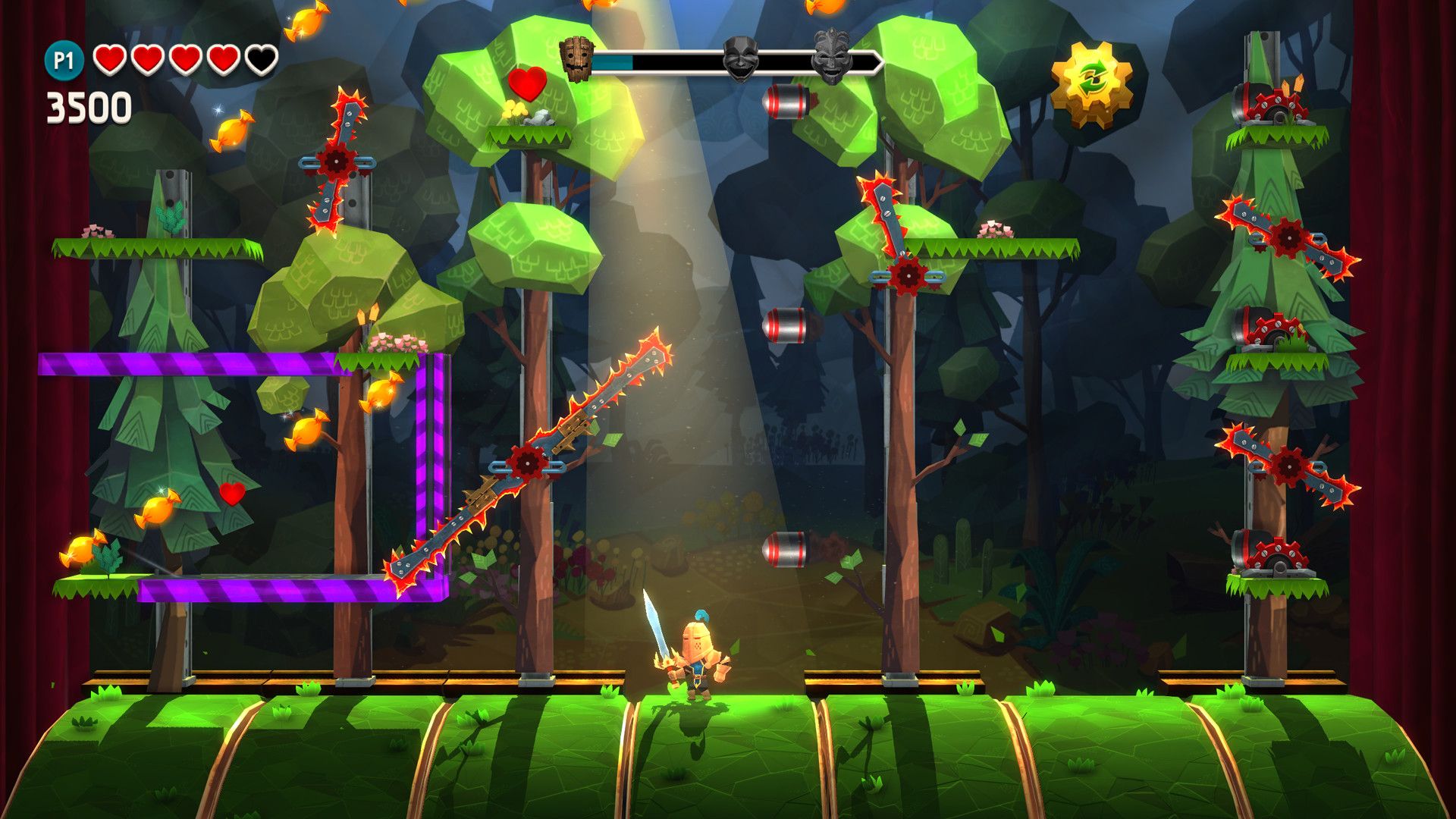 Canadian indie developers Frima will be bringing their action platformer Talent Not Included to Steam on August 30th. The game stars Zordok, Derp, and Kevin, three monsters who love violence and Shakespeare. The talent-less trio decide to put on a play mixing their two loves. The demon critic Zot (an actual demon, not the usual soulless critic) is using this play as an opportunity to create havoc.

Players will fight a variety of monsters set on a cylindrical theater stage. The game features couch co-op and some really absurd humour. Talent Not Included is priced at $12.99 USD and will support both Mac and Windows. There are no pre-orders available at this time, so buyers will have to wait until August 30th to pick up the game on Steam.