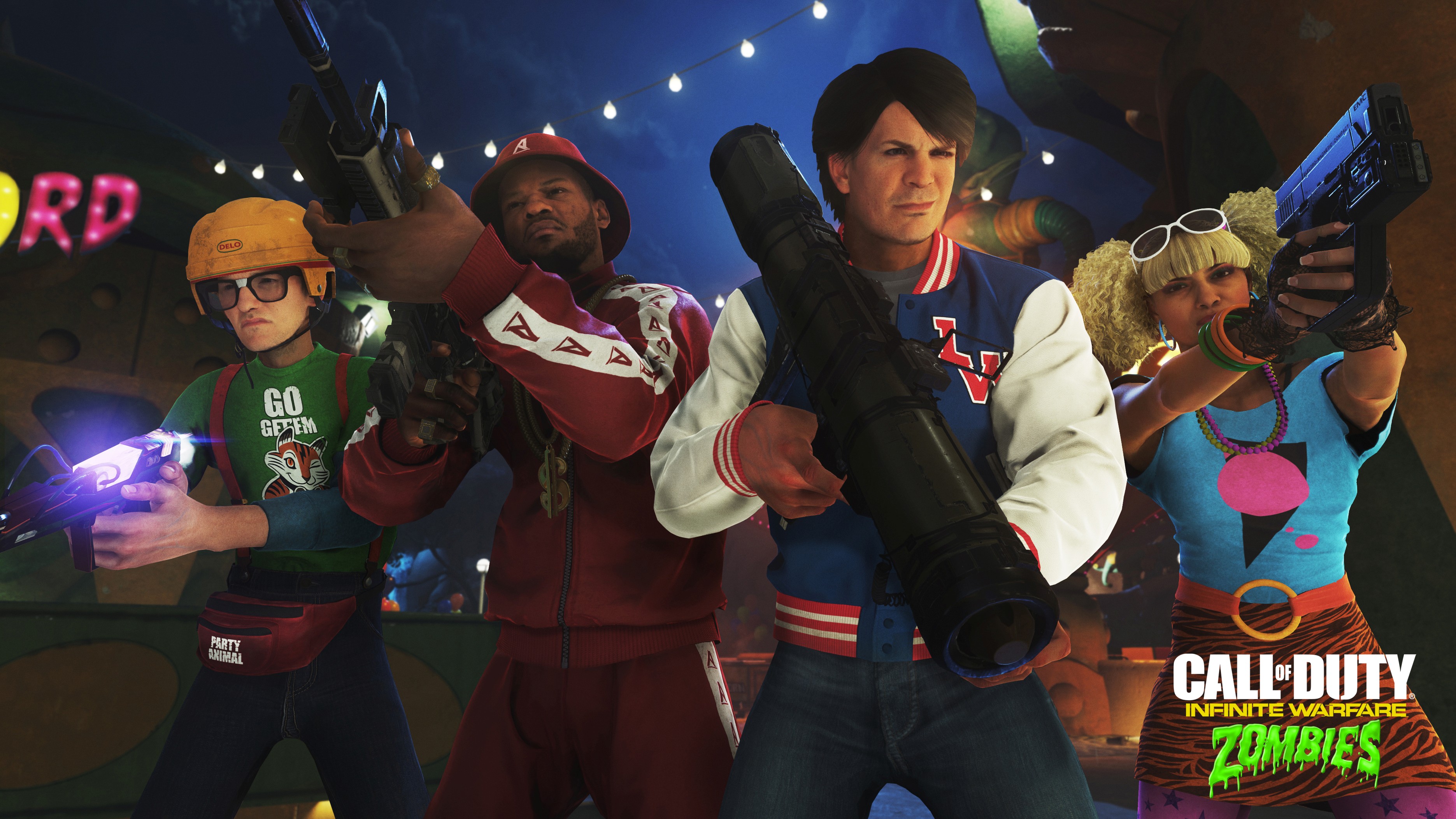 Many were wondering what type of zombie mode they could expect from Call of Duty: Infinite Warfare and now Activision and Infinity Ward have revealed that t will be a bit more of a comedic focus this time around. I say this because the zombie survival co-op mode in this game is “Zombies in Spaceland” and while more details will be revealed tomorrow, the company has revealed a trailer showing off a little bit of what fans can expect and a few minor details about the set-up.

In “Zombies in Spaceland” the story follows four aspiring actors who come upon a mysterious movie theater for an audition. They’ve been invited by director Willard Wyler who was once a shining star in the horror genre but unbeknownst to the actors, they will be transformed into characters and transported straight into Wyler’s film to fight against waves of zombies in a space-themed amusement park set in the ‘80s.