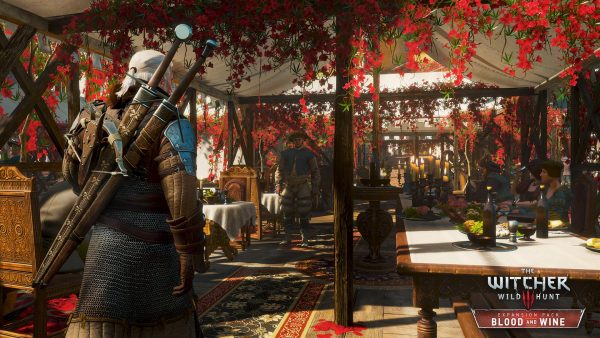 Although CD Projekt Red is still keeping the release date for the next Witcher 3 expansion close to their vests, they aren’t afraid to show off a bit more of what to expect when it Blood and Wine eventually released. Today the company released another small batch of screenshots to show off the lands that players will be exploring, which appear to be extremely colorful and filled with different kinds of fauna.

Of course lurking in the wilderness are still plenty of enemies to fear, including what appears to be some extremely large and horrifying looking centipede-style creatures and I bet that the high-class nature of the few characters shown so far only hide more secrets.