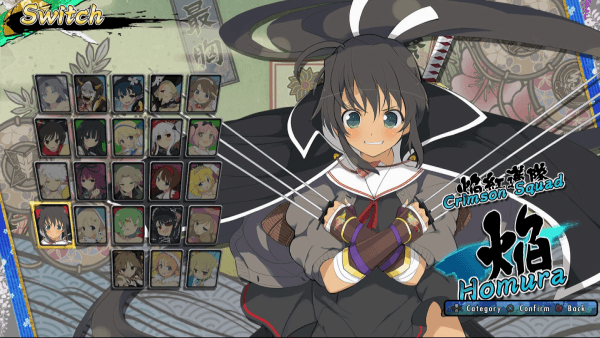 Over the last few days XSEED Games has been releasing videos introducing each of the factions that will be playable in Senran Kagura: Estival Versus and they happened to save some of the best girls for last as they make up the final group, Homura’s Crimson Squad.

In the video, found below, you’ll see a bit of footage showing off Homura, Yomi, Hikage, Mirai, and Haruka as they take on various opponents. Senran Kagura: Estival Versus is currently set to be released next week on March 15th in North America and March 18th in Europe for the PlayStation 4 and PlayStation Vita.