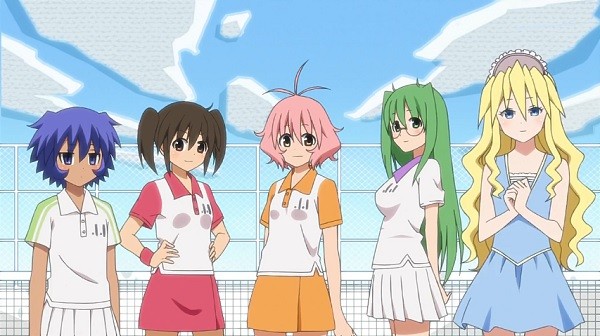 Back in 2011 a rather off-the-wall but enjoyable comedy series called Softenni! began airing and it seems that five years later it will be making its way overseas as Sentai Filmworks has announced that they have acquired the license for the series and will be releasing it on home video and through select digital outlets sometime in the future.

Softenni! originally began as a manga series in 2008 by Ryo Azuchi and this “soft tennis” comedy follows the story of Asuna Harukaze, a girl with an almost obsessive love for soft tennis, a popular form of tennis developed in Japan using softer, rubber tennis balls. Together with her equally quirky (and sometimes overly enthusiastic) teammates, Asuna does her best to return the challenges that school life and tennis training launch at her!