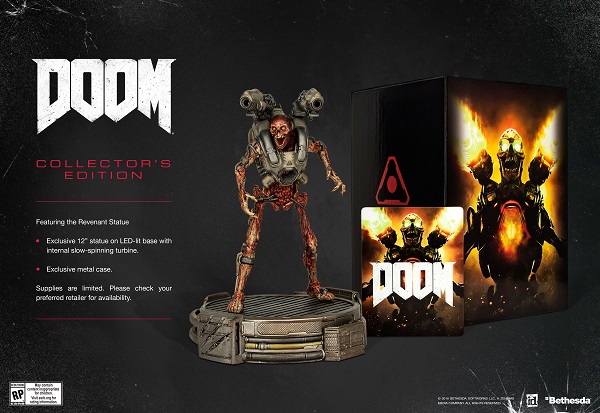 Bethesda has announced that they plan on releasing Doom for the PlayStation 4, Xbox One, and PC on May 31st. With this announcement they also revealed that fans of the game will be able to pick up either the standard version or a $119.99 collector’s edition that comes with a twelve inch tall statue of the “Revenant” enemy with an LED-lit base and spinning turbine as well as an exclusive metal case for the game. 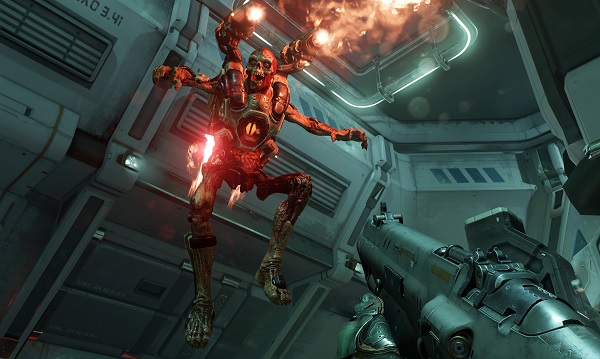 Those who pre-order any version of Doom will be given the “Demon Multiplayer Pack” that adds three skin variations, six metallic paint colors, and three id Software logo patterns for your weaponry and armor as well as six consumable Hack Modules to be used in multiplayer.

Workers laid off at id Software