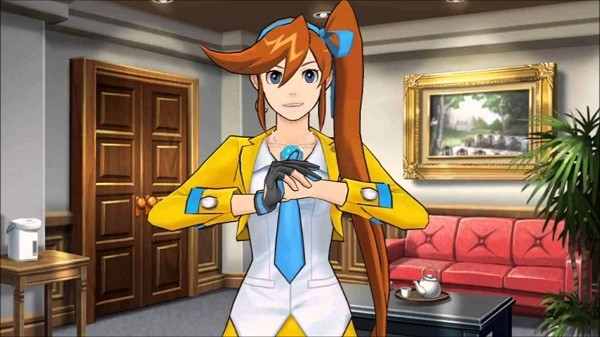 Late last year Capcom revealed that Athena Cykes would be returning in Phoenix Wright: Ace Attorney 6 and last week the company also revealed that her “Mood Matrix” system will also be making a comeback in the game. Now Capcom has provided fans with a few more details about both Athena and the Mood Matrix. Athena will appear to have the same type of personality that she showcased in Dual Destinies and uses her abilities to psycho-analyze those speaking in court.

Thanks to this she is an invaluable asset that can point out when testimony is false and try to uncover the truth since testimonies can be faked, but emotions cannot. Currently Phoenix Wright: Ace Attorney 6 is set to be released in Japan sometime this year for the 3DS and a Western release has already been confirmed.