The final guest for the upcoming RTX Australia was revealed just yesterday. Rooster Teeth’s Lindsay Jones will be coming down to Sydney for the event, which is being held on the 23rd and 24th of January. The official announcement implies that this may not in fact be the final guest announcement, but no information has been provided yet to suggest that there is any intention to bring more guests to the event.

It was announced shortly before the end of last year that Meg Turney, a host of The Know, and Craig Skistimas, general manager of ScrewAttack, will also be attending the event. Fans of Rooster Teeth and/or ScrewAttack will likely be aware that ScrewAttack joined the Rooster Teeth family late last year.

Burnie Burns and Matt Hullum Are Coming to RTX Australia 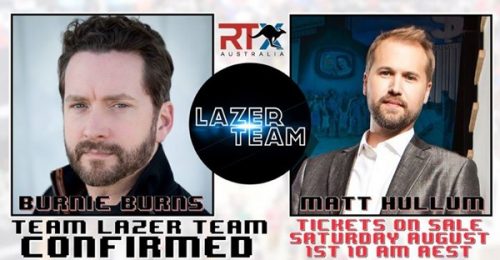