This week’s Xbox Newsbeat brings us updates on Rise of the Tomb Raider, The Elder Scrolls Online, Halo 5: Guardians, and Quantum Break.

Crystal Dynamics made a big announcement at the The Game Awards last week. They provided the world with its first look at Rise of the Tomb Raider’s story based DLC, “Baba Yaga: Temple of the Witch.” Set to launch in early 2016, the DLC is set in a forest in Siberia said to be haunted by the witch Baba Yaga. The campaign will add several hours to the game along with a new tomb to explore, new outfit, and a bow. “Baba Yaga: Temple of the Witch” will be available alone or as part of the Season Pass. 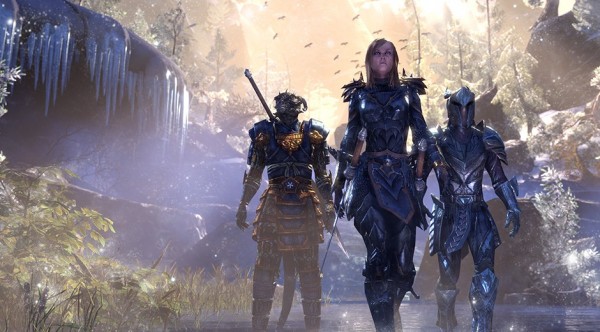 If Fallout 4 isn’t your style and you are waiting patiently for the next chapter of The Elder Scrolls, then be sure to check out The Elder Scrolls Online this weekend on Xbox One. Xbox Live Gold Members will be getting a free weekend starting at 4AM AEDT on Friday December 11th and ending at 6:59 AEDT on Monday December 14th. If you decide to keep playing after the weekend is over, the game is on sale at the Xbox Store.

Bethesda will be also running the #MillionReasonstoPlay giveaway. They are giving a million US dollars away (technically $50,000 a year for 20 years) to a lucky winner who plays The Elder Scrolls Online between December 3, 2015 and January 10, 2016. Those who play through the Xbox Live Gold free weekend will be eligible for the contest.

Microsoft and 343 Industries released details of the next Halo 5: Guardians update and the Halo World Championship 2016 at The Game Awards last week.  The next update is called “Cartographers Gift” and packs an update to Forge Mode plus the addition of the new Battle of Noctus Warzone map, Obergrowth Arena map, and the maps Antifreeze and Entombed for Bit Team Battle. The update also contains more than 30 new REQs for gear and emblems.

The Halo World Championship 2016 will kick off on Sunday December 6th, 2016 with a prize pool of two million dollars and growing. The pool is being funded through crowdfunding and will continue to grow over the next year. Microsoft is selling a special “Halo Championship Series Premium REQ Pack” stuffed with HCS branded items. The pack will disappear on Sunday at 12pm PST. All proceeds from the REQ pack will go to increasing the size of the Halo World Championship 2016 prize pool.

Time is Power in the New Quantum Break Cinematic Trailer

Remedy Entertainment released a new cinematic trailer at last week’s The Game Awards. The new trailer features the voice of Shawn Ashmore (X-Men) as protagonist Jack Joyce. The trailer is composed of in-game footage and shows off the origins of Jack’s time manipulation powers along with the Frozen Scenes of Drama gameplay mechanic.