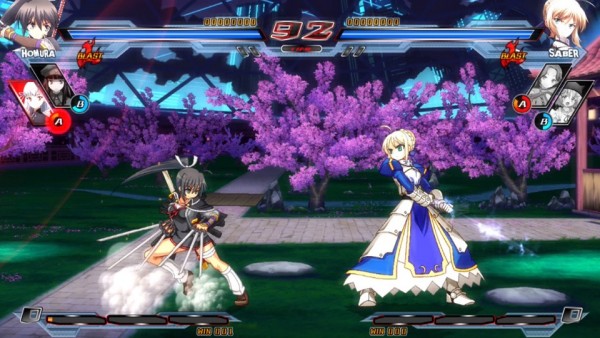 With Nitroplus Blasterz: Heroines Infinite Duel launching in Japan, gamers who picked up launch copies were given Senran Kagura‘s Homura and Arcana Heart‘s Aino Heart for free and now XSEED Games has revealed that North American gamers will be able to benefit from the same deal.

The company has announced that when Nitroplus Blasterz: Heroines Infinite Duel is released in North America that the characters, for both the PlayStation 4 and PlayStation 3 versions, will be available as free downloads for for weeks after release. If you do not pick up these characters during the temporary free period, Homura and Aino Heart will be available separately for $5.99 a piece or bundled together for $9.99.