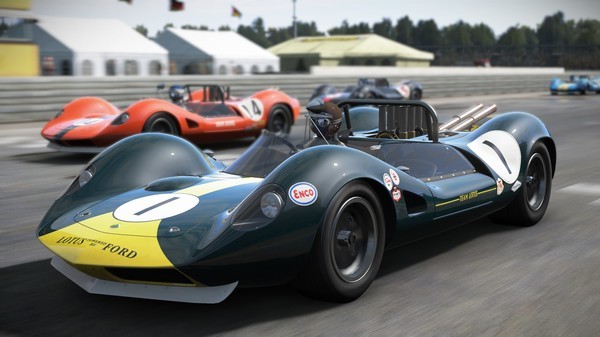 The new DLC doesn’t stop as Project CARS receives yet another DLC pack following on from the release of the Japanese car pack.The Classic Lotus Expansion pack features four Classic Team Lotus cars, three new locations to drive them on and two expansion races for Career mode, the Lotus Vintage GT Challenge and the Lotus Vintage Formula Challenge. While those cars and trakcs are locked behind the paid DLC, every owner of Project CARS will receive the 1970 Lotus Type 49C Cosworth for free.

Descriptions of the five new cars and three new tracks can be found below as well as a trailer for all the new content that is now available for purchase. The pack cost $3.50 US and is available for PS4, Xbox One and PC. 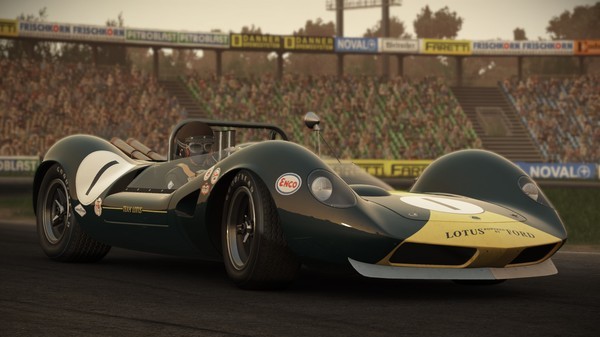 The Lotus Type 49C was the last evolution of the Team Lotus ultra-successful Lotus 49 car that took Formula One by storm in 1967. Once again powered by the proven Cosworth DFV V8 engine and equipped with front & rear wings, the 49C bridged the gap between the original wingless design of the Type 49 and the new aerodynamic design approach that would kick off with the Lotus 72. 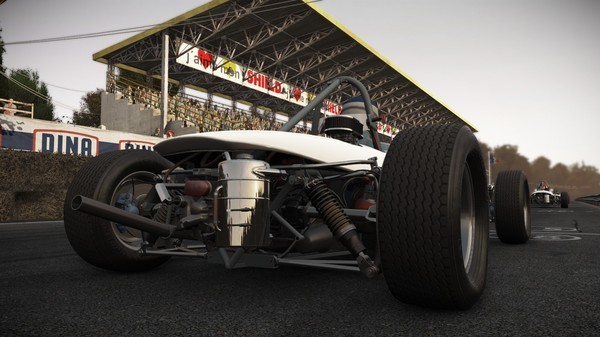 The Lotus 40 marked the last attempt of Team Lotus in sports car racing. An improved version of the Lotus 30, the open-top car was designed primarily with competition in the North American Can-Am series in mind. Powered by a Ford 351 Ford V8 engine, three Lotus 40 chassis were built, being driven by Lotus drivers Richie Ginther and Jim Clark as well as American racing legend A.J. Foyt. 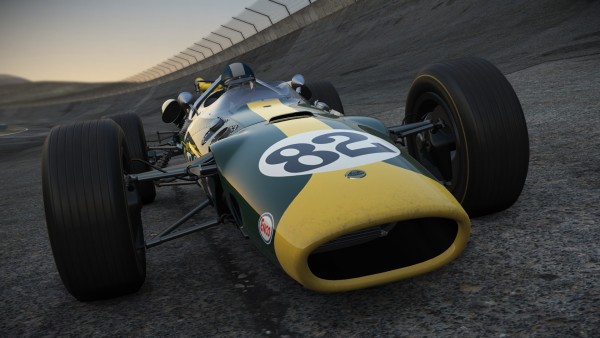 Designed by Colin Chapman for competition in the 1962 Formula One World Championship season, the Lotus 25 was the first ever race car to use a monocoque chassis, setting a standard that is still used in racing to this very day. Powered by a Coventry Climax engine, the car made its debut at the 1962 Dutch Grand Prix and helped Jim Clark to his first Grand Prix win at Spa later that year. The 25 was raced until 1965, winning 14 races and clinching 17 pole positions along the way. 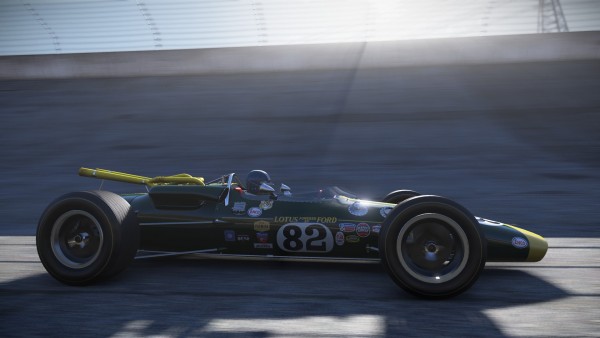 The Lotus 38 became famous as the first mid-engined car to win the legendary Indianapolis 500. Designed by Colin Chapman and Len Terry, the car was powered by a Ford V8 fuel-injected engine putting out around 500hp. Jim Clark took the car to Victory Lane at the 1965 Indianapolis 500, proving the superiority of the mid-engine concept and ending the days of front-engined roadsters in Indycar competition. A total of ten Lotus 38 chassis were built and many of its design elements were carried over to the Lotus 49 Formula One car. 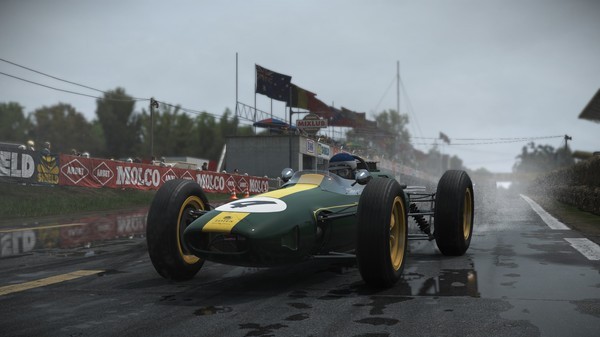 Based on the Lotus 31 Formula Three car, the Lotus 51 Formula Ford became one of the company’s most successful race cars. The 51 offered Lotus’ engineering and racing experience to young drivers looking to make their way up the open-wheel ranks. The car became a massive commercial success as a total of 218 chassis were built and gave racers access to a durable and technically-sound race car for a budget price. 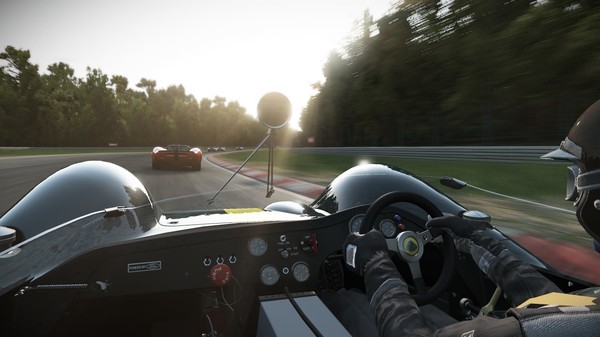 Rouen les Essarts was a legendary motor racing venue near the French city of Rouen that was a fixture on international racing calendars from the 50s to the 70s. Using public roads, the circuit was considered to be one of Europe’s finest and most spectacular racing venues back in the day, its 6.5 kilometre layout included challenges like a cobblestone hairpin and several blazingly-fast blind corners with little to no run-off areas, punishing driver mistakes instantly. While racing at Rouen has unfortunately stopped a long time ago in real life, Project CARS will enable everyone to test their courage by racing on what is one of the most thrilling venues racing has ever produced. 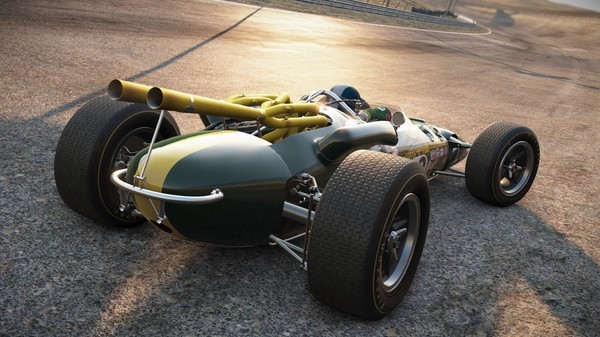 While the German Hockenheimring is still a popular venue for touring cars and formula machinery alike to this very day, the classic Hockenheimring was a vastly different beast than the modern Grand Prix venue. The track’s classic layout combined a twisty stadium section called the “Motodrom” as well as long straights cutting through the German forest as the classic Hockenheim track had a reputation for creating some of the most thrilling slipsteam battles ever seen in racing. The combination of two very different track characteristics asks racers to make a major decision: Will you go for maximum top speed or sacrifice some of it for more grip in the twisty bits? The right answer to this question is the key to a successful race at the classic Hockenheim track. 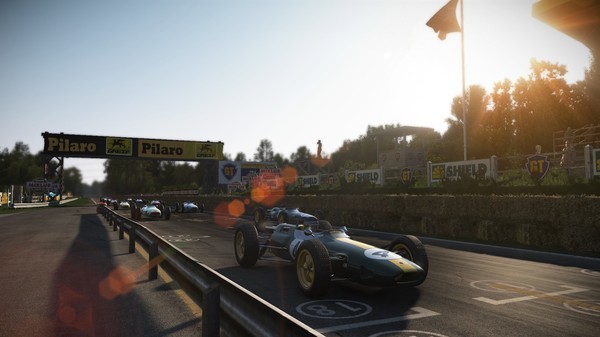 Vastly different to today’s super-modern Grand Prix venue, the classic version of Silverstone will take Project CARS racers back to the days when the British Formula One venue still had much more of its original airfield-track character. Back in the day, Silverstone was a blazingly-fast high-speed track, challenging racers with a very fast 4.7 kilometre lap with legendary corners such as Becketts , Abbey, Woodcote and Copse – Names that have become synonymous with great racing in the UK and beyond. 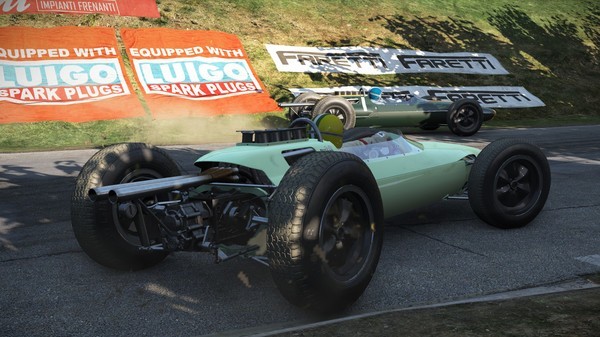