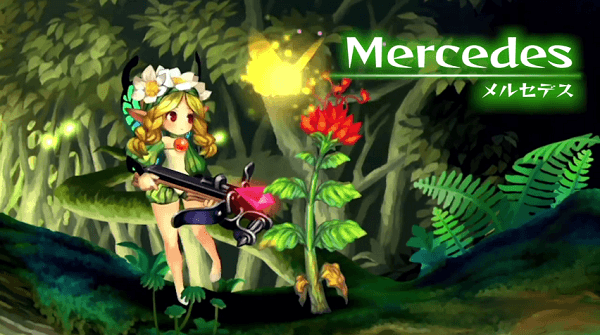 A new gameplay trailer for Odin Sphere: Leifthrasir has been released by Atlus and Vanillaware and this time around the companies are showing off Mercedes, the Princess of Fairies. In combat Mercedes makes use of a bow as well as her flying ability to deal out damage to enemies and you can see her newly refined combat mechanics and a number of new skills in the trailer below.

Those who wish to learn more about Mercedes’ past can check out her earlier story trailer. Currently Odin Sphere: Leifthrasir is set to be released on the PlayStation 4, PlayStation 3, and PS Vita in Japan on January 14, 2016 with a North American release already confirmed.