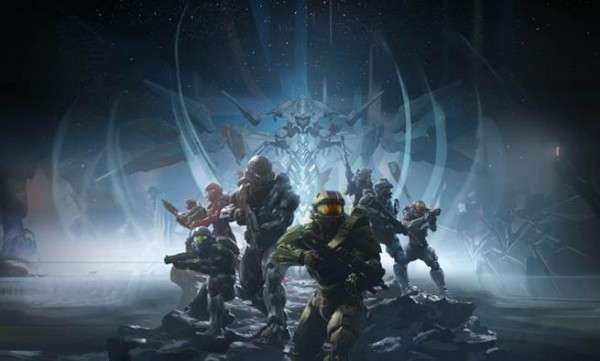 343 Industries is streaming the new Halo 5: Guardians soundtrack for free for an entire week on Soundcloud. Composed by Kazuma Jinnouchi, the soundtrack will be available for purchase starting October 30th. Gamers can check out Season 2 Episode 4 “Showtime” and Season 3 Episode 1 “Composer” of The Sprint to get a behind the scenes look at Kazuma Jinnouchi at work. The Sprint follows 343 Industries in the final days of Halo 5: Guardians’ development.

Rise of the Tomb Raider dev diary series “Woman vs. Wild” Kicks Off

Crystal Dynamics will be releasing a new  three part web series called Woman vs. Wild. The series provides an in depth look at Rise of the Tomb Raider and Lara Croft. The first episode is entitled “Harsh Environments” and covers the survival mechanics available to Lara. The remaining two episodes will launch weekly ahead of the November 10, 2015 launch.

The Xbox Elite Wireless Controller is Just Around the Corner

Announced at last years E3, the final details for the upcoming Xbox Elite Wireless Controller is finally coming out. The controller is available now for pre-order ahead of a October 27th release date. Most units have already been pre-ordered and Microsoft is attempting to manufacture more as quickly as possible. The controller is approved for both ESL and MLG events. The remappable controller will ship with several pre-configured settings for major Microsoft titles like Halo 5: Guardians and Forza Motorsport 6.

Halo 5: Guardians Lands This Week on Minecraft for Xbox

Prepare for Scares with the Halloween Mashup Pack for Minecraft: Console Editions

4J Studios has been hard at work, creating a giant Halloween themed mash-up pack for Minecraft on the consoles. The pack will come with classic monsters like the Grim Reaper, the Wicked Witch, and Swamp Monster. The pack will be available for free.

Microsoft will be bringing Windows 10 to PAX 2015 this year. PSY Technology, Mwave Australia, PLE Computers, and Scorptec Computers will be competing in a content for the “Windows 10 Australian Gamer’s Choice PC” award. PAX 2015 attendees will be able to vote for a winner for a chance to win one of the custom PCs.

Additionally, the Windows 10 booth will be showing off some of the games that are participating in the ID@Xbox program, such as Below, Superhot, and The Long Dark.