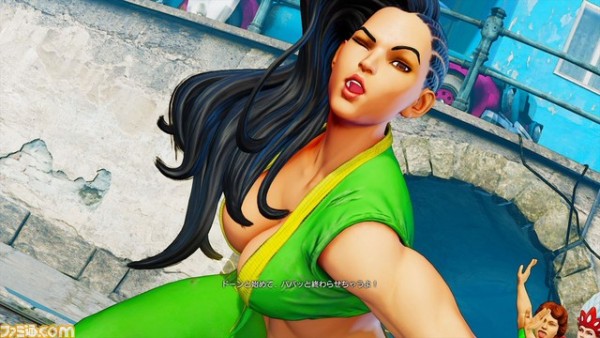 Looks like fans of Street Fighter V get a double dose of character reveals today as earlier it was announced in Russia that Zangief will be playable in the game and now Famitsu.com has ended up leaking the next character that was meant to be revealed in Brazil.

While the site has since yanked their early leak, images of the Brazilian fighter Laura still were recovered and you can check out how she will look in action, with a few of her moves showing off some mastery of electricity. As for more details, we will have to wait for the official announcement whenever Capcom chooses to announce her.