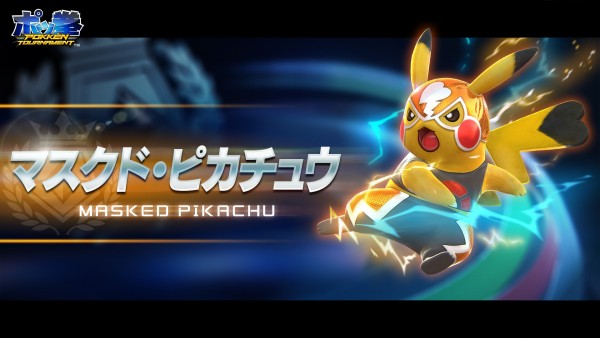 With Tokyo Game Show about to kick-off what better way to start things off than by having a new trailer for Pokken Tournament where Nintendo and Bandai Namco reveal that a masked Pikachu, called “Pikachu Libre,” will be included in the game and will feature a different move-set compared to the basic Pikachu.

You can check out the trailer showing off Pikachu Libre’s moves as well as some new screenshots below. As for the game itself, Pokken Tournament is set for Wii U release worldwide in Spring 2016 and in Japan Pikachu Libre will be added to the arcade version of the game starting today.