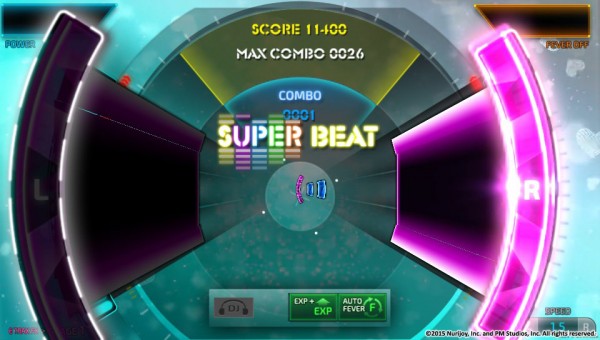 Today acttil and PM Studios released a big batch of screenshots from the upcoming rhythm game Superbeat: Xonic which is set to be released at retail and as a digital download in North America and Europe sometime in the fall for the PlayStation Vita. To go along with these screenshots, the company announced that Superbeat: Xonic will be playable at Long Beach Comic Con this weekend on September 12th and 13th.

They will be at booth #284 if you wish to check out the next game from DJ Max developer Nurjioy and possibly even walk away with a “cool giveaway item” long before the game is released.