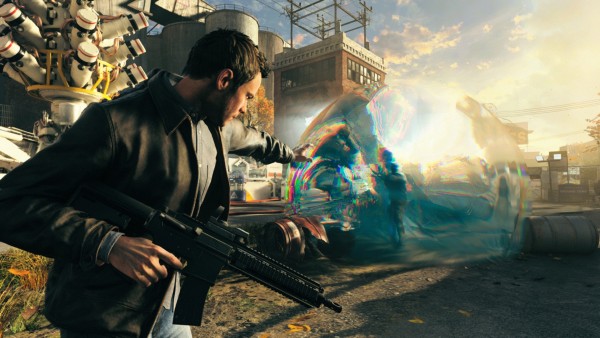 Today during their Gamescom conference Microsoft announced that Quantum Break will be released on April 5, 2016 and they also released a few new details concerning the title and how it will be something of a cross-over between video game and TV show.

You see, according to Remedy Entertainment the choices players make in-game will affect the outcome of certain events in the show. Players will navigate “epic scenes of destruction, experience time-amplified gameplay, and marvel at a top-quality show that is directly impacted by what you do. A new trailer showing off bits of gameplay as well as introducing some of the fairly well known actors who will be appearing in the game and the show can be seen below alongside some new screenshots for the upcoming title.