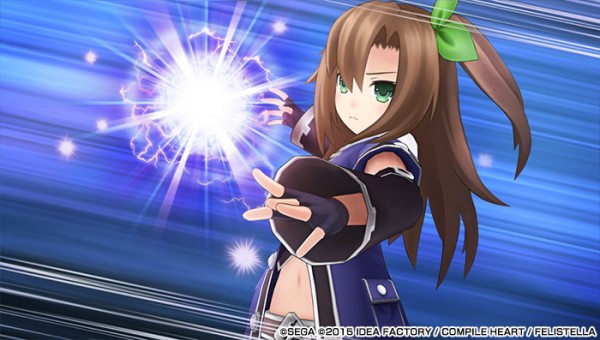 It has been a bit since we heard about the Hyperdimension Neptunia vs. Sega Hard Girls crossover RPG but now we have some new screenshots as well as details concerning the upcoming PlayStation Vita title. For the first time, IF will be featured as the main character who is joined by a new character named Sega Hatsumi as the two travel throughout space and time to undo the history that began unraveling after a certain event took place.

As for Sega Hatsumi, she is an unknown girl (with a very familiar looking Sega style design) who has suffered from memory loss and although she has no idea who she is, she is quite tenacious when it comes to changing the history of the conflict between the goddesses and the Sega Hardware Girls. Currently Hyperdimension Neptunia vs. Sega Hard Girls does not have a set release date in Japan.