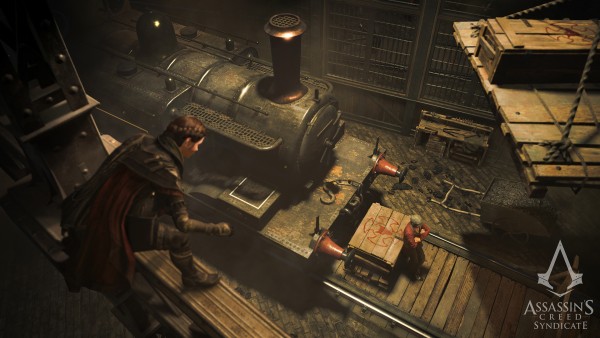 In Assassin’s Creed Syndicate players will be taking control of both Jacob Frye as well as Evie Frye, twin siblings who have taken up the fight against the templars. While Ubisoft had plenty of content to show off at Gamescom this weekend, including a new trailer for Assassin’s Creed Syndicate, the company has now released a ten minute long gameplay trailer specifically focusing on Evie Frye, who has her own unique set of skills and stealth techniques, as she heads out on an assassination mission to eliminate a target named Lucy Thorne.

As with past games, Assassin’s Creed Syndicate offers plenty of different ways to take down your target ranging from infiltration and surprise assassinations to brute force.