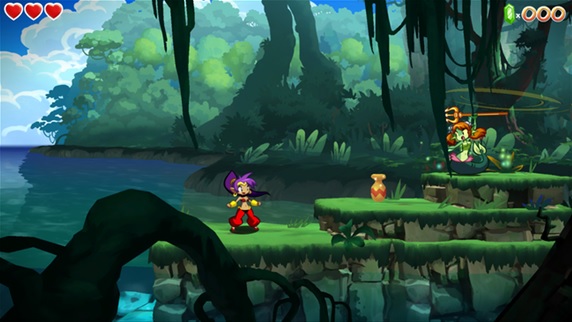 E3 begins in a a couple of days but rather than getting lost in the flood of announcements, WayForward has opted to release Shantae: Half-Genie Hero E3 trailer a bit early. Originally funded by Kickstarter back in 2013, the developers have been working hard to bring Shantae: Half-Genie Hero to all of the promised platforms and from what this trailer shows, the wait has been worth it.

In the trailer, found below, you’ll find Shantae transforming into various animals, defeat enemies with her hair whip attacks, and of course belly dance. Currently Shantae: Half-Genie Hero does not have a release date but it is set to be launched on the Xbox One, Xbox 360, PlayStation 4, PlayStation 3, PlayStation Vita, Wii U, and PC.