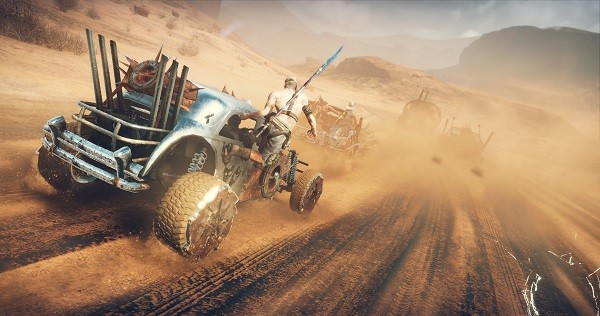 Following the phenomenal success of the cinematic insanity which is Mad Max: Fury Road, I decided I’d take a gander over at the game inspired by the same universe. Movie franchise games are generally quite notorious for being cynical cash-ins and so when I got my hands on playing a demo at E3; my expectations weren’t particularly high. Luckily, my cynicism did not pay off and instead I found a game which was actually quite interesting and fun to play (from what I could see).

The demo started off with Max in a brawl with a number of warboys. Hand-to-hand combat in this game is reminiscent of the Batman Arkham series with the player using a variety of attacks and counters to incapacitate enemies. After dealing with the thugs who were attacking me (with some missteps here and there), I was able to loot their camp for scrap, ammunition, and acquire a new chassis for my vehicle (The ‘Magnum Opus’). 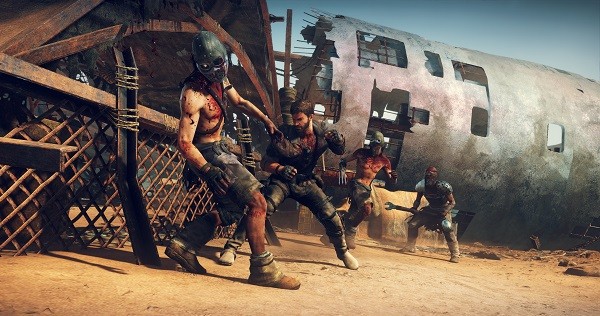 The game features a system for customising Max’s car as you complete missions in the wasteland and collect parts. For this demo, I upgraded the chassis and increased the armour level of the car which negatively impacted upon my acceleration due to the increased weight but I thought it was an adequate trade-off for my first time in the wasteland. To unlock further customization options, I would need to travel across the map and find the items myself to unlock them. With that in mind; I specified a new mission on my map and proceeded to drive my way there in my newly modified car.

This game certainly captures the look of the Mad Max universe with its models and environment. This game certainly feels like its just had its vehicles and environment downloaded from movies like the recent Mad Max: Fury Road. Unfortunately, I did not get much of a chance to see too much of the character models as there wasn’t too much non-combat interaction between Max and the other residents of the wasteland. That being said, I didn’t need to drive far before coming across a convoy which I was to take down.

Finding the convoy was simple enough by following the directions of the map and mini-map on my HUD. Vehicle combat, at this point, is a completely different beast to anything I’ve played before. The car handles like a vehicle in a racing game, but when it comes to shooting the various harpoons, guns, and flamethrowers; you generally enter into a bullet-time state where you can carefully aim at exactly what you want to shoot at while time slows down. 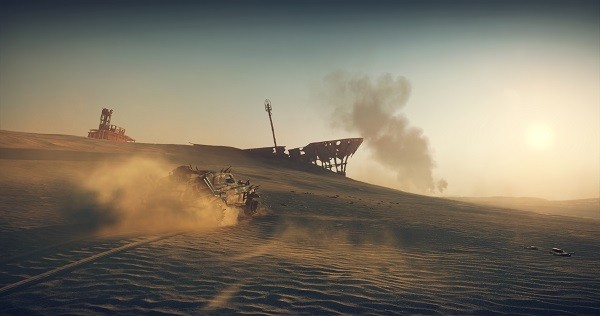 This was a bit disorientating as I would slow down to pick off the tire or pull off the armour of enemy car in slow-motion and then speed up to have another enemy ram me. During the ramming I noticed that one of the enemy warboys can jumped onto my car and was holding on for dear life while trying to stab Max with a spear. Driving into another vehicle, using flamethrowers, or scraping that side a rock generally helped clear off any unwelcome guests. But finally, after tearing off the armour of an enemy vehicle, they generally end up with a red fuel tank exposed somewhere on their rig which can then be shot to destroy them.

After working my way through the convoy, the demo can to an end. I certainly enjoyed my hands on with this game and I look forward to seeing how the full title plays out. My one consternation with the game is that the vehicle might be repetitive over multiple instances, but it remains to be seen what Avalanche Studios can bring in to this title to keep things fresh over its playthrough.