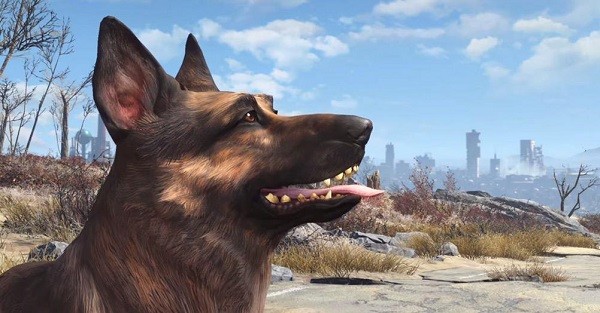 One of the first few things we saw when Bethesda announced Fallout 4 is that players would quickly be paired up with a currently unnamed dog near the beginning of the game. Then in the following days we continued to see coverage showing the dog helping the player in combat, fetching items, and even enjoying a freshly built dog house. The problem was, as many people know, the signature canine Dogmeat has often wound up dead throughout the series, either through basic combat in Fallout 3 or through story events in the original games.

Thankfully it seems that will not be the case this time around as Todd Howard has stated that “Dogmeat cannot die.” This is some good news all around for those who as this likely means that your canine friend won’t be meeting a nefarious end like many of its earlier counterparts. Then again, this may simply be a ruse as there has been no confirmation regarding the name of the canine players will be partnering up with.

Fallout 4 Announced, Premiere to be Held at Bethesda’s E3 Presentation