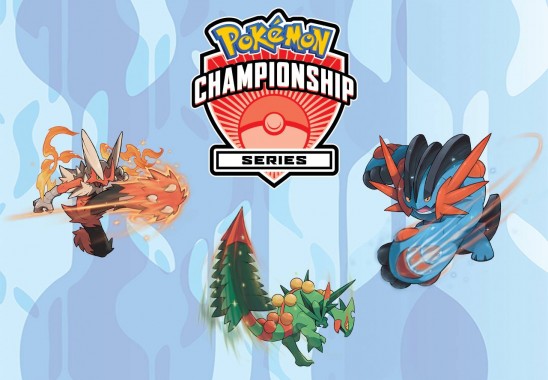 After a hugely successful Pokemon Video Game Championship season in Australia last year Nintendo is looking to keep the ball rolling heading into the 2015 season and there are some pretty big changes this year as Australia and New Zealand are now apart of the standard Champion Point system that is used in the rest of the world to measure players who play Pokemon competitively. It’s a little confusing so I’ll aim to make it as simple as possible for everyone who wishes to compete this year.

So last year was simple. Win the Regionals, get a free flight to the Nationals (or just rock up if you live in Melbourne), come top two in that and you’re off to America to compete in the World Championship. This year, players accrue Championship Points which can be earned from the National event, Regional events (basically Statewide) and now, Premiere Challenge Tournaments which are normally small tournaments hosted by a local gaming store or community. You can also earn points from online competitions. A full run down on the points you can earn from what kind of tournament is below.

As you can see National’s are the one to win. If you win that you are pretty much guaranteed entry to the World’s unless someone else has played in and won a lot of Premiere events or flown to every Regional. Now to earn these points you will need a Pokemon.com Trainer Club Account. If you don’t have one simply follow that link and sign up. You will then have to opt in to the Play! Pokemon program. To do this go to your main avatar page by clicking on your avatar’s image on the left hand side. From there go to Play! Pokemon Settings in the left hand side menu and then fill in the form from there and click submit.

From then on just make sure to give your Player ID number to the staff on tournament day and they will do the rest. You can use the site to look up your current rankings as well. Now to earn these points you will of course have to play in tournaments and events. You can search for these yourself using the Pokemon.com event locator so you can see what is coming up in your area at any time. Most places will play both the Pokemon game and the Trading Card Game so you can check that out if you’re interested as well. Regional dates and locations for Australia have just been announced and some are just over a week away! Dates for the Nationals will be released soon, last year they were held in Melbourne around June/July. Full known dates and times are below. 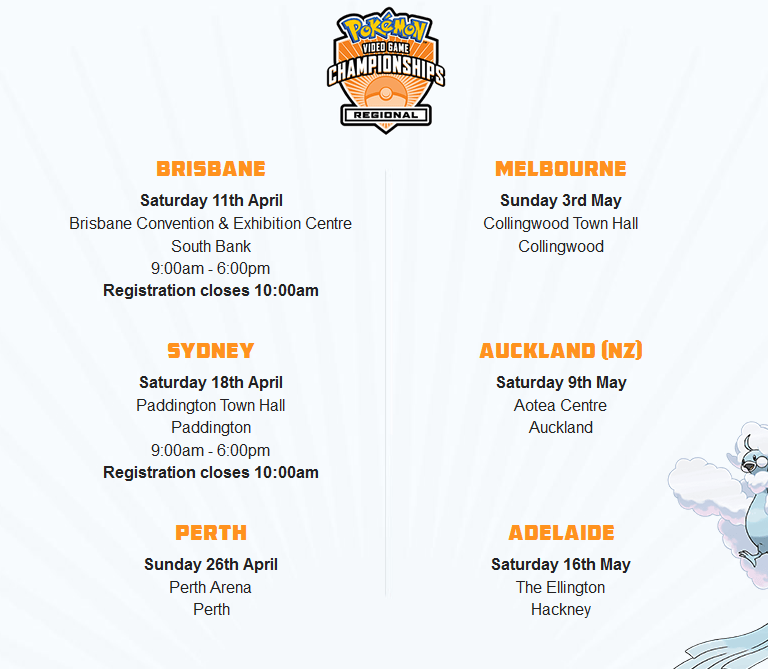 Lastly, I’ll cover the key rules for the tournament straight from the official site.

If you are keen to check out the full list of rules including how tiebreakers are dealt with then head to the official rule page. While the whole process is a lot more complicated than last year when you simply had to rock up, hopefully this guide has helped you better understand everything so you can focus on the main task at hand, coming up with a strategy and raising your Pokemon. Hopefully a lot of you guys can get down and enjoy an awesome day out, the atmosphere is great and everyone is really friendly. You might even have some good luck and take home some prizes! Good luck Pokemon Trainers! 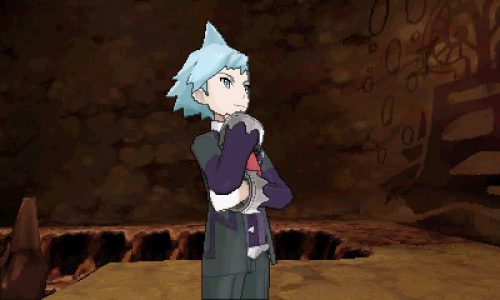