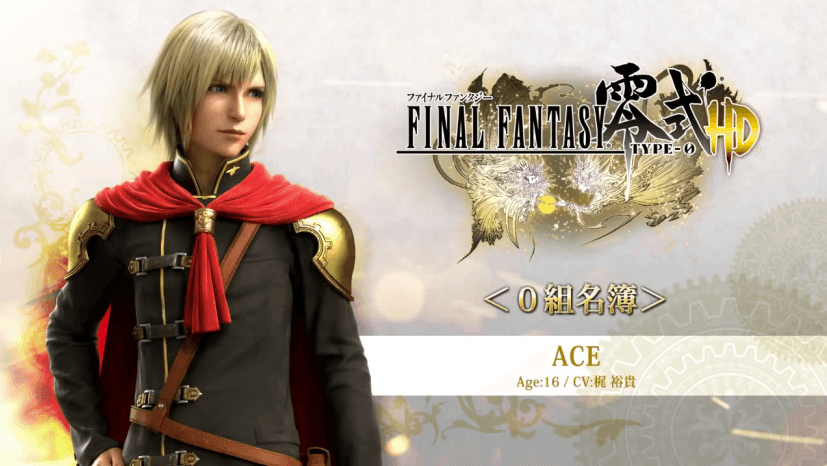 New character videos from the highly anticipated Final Fantasy Type-0 HD have appeared on the Square Enix YouTube channel. A total of three videos were uploaded introducing Ace, Queen and Nine from ‘Class Zero’ – the name given to the group of characters you can expect to play as. The videos include character interaction (Japanese audio) and some combat scenes in different locales. All three videos are included below and an additional trailer on the characters of ‘Class Zero’ can be found here.

Available on the PlayStation 4 and Xbox One, the game will release on March 17th in North America, March 19th in Japan and March 20th for Europe.