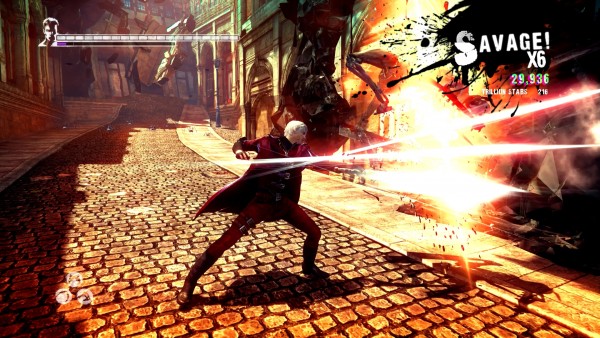 Today Capcom has released a new batch of screenshots for DmC Devil May Cry: Definitive Edition showing off some of the various graphical improvements that will be made to Ninja Theory’s title when it is released on the PlayStation 4 and Xbox One on March 17th.

You can check out the screenshots below. Alongside the improved visuals DmC Devil May Cry: Definitive Edition will include all previously released downloadable content, balancing improvements, modifiers, new costumes for both Dante and Vergil, a brand new mode called “Vergil’s Bloody Palace Mode” where players will control Vergil, and a “Gods Must Die Mode,” “Must Style Mode,” and “Hardcore Mode” to give players more of a challenge.