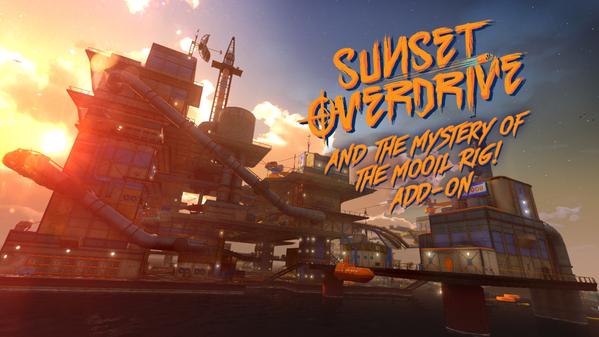 The first piece of story-based DLC for Sunset Overdrive has been revealed by Microsoft and Insomniac Games and it happens to take place on a “floating playground” called the Mooil Rig. This rig is stationed just off the shores of Sunset City and when a distress signal comes from the rig, the player must go and investigate only to find themselves stuck in the middle of a violent turf war between the well-armed workers on the rig and the aquatic mutants rampaging throughout the area.

This DLC not only adds a number of new missions, quests, challenges, weapons, traps, amps, and Chaos Squad objects but it will also include two new travel methods. Water Dive, the ability to dive underwater, and Water Slam Bounce, an ability that allows players to smash into the water and then fly up into the air.