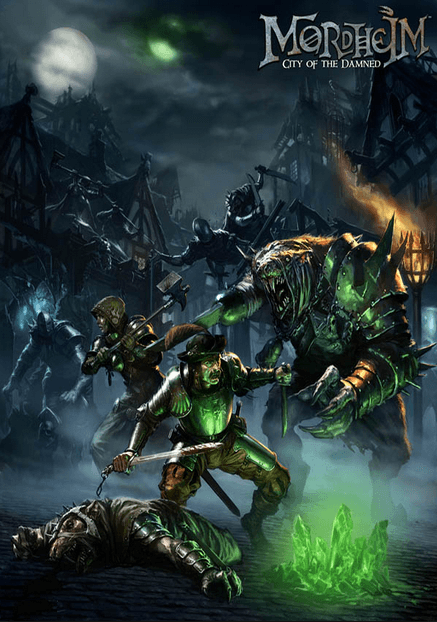 Allow me to be upfront with you: I loved the tabletop miniature version of Mordheim. Sure, some warbands were overpowered and some unit builds were infinitely exploitable… but what endeared to me was the semi-RPG aspect of having a warband which grew more powerful with experience as the campaign progressed. When I first heard about the development of this title, I was eager to see just how well (if at all) the developers had recreated this sense of progression and growth. Unfortunately, this aspect is yet to be implemented… among pretty much a lot of other features which made the original Mordheim so interesting for me. What has been shown so far in the early access of Mordheim: City of the Damned is a fairly robust base for the rest the strategy/RPG to be built upon. 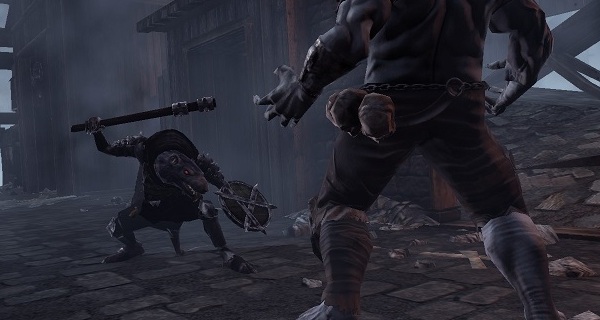 The early access for the game is the very essence of basic. There are currently only three warbands available from which the player can choose. These options are the Sisters of Sigmar, the Skaven, and Human Mercenaries. At the current build you can select any of the above warbands and customise each individual unit to your heart’s content.

There is quite a lot of detail which has gone into this aspect of the game so far, with multiple builds available in accordance with the equipment that you give each unit. Most items provide different bonuses to hit/damage while others, such as swords and shields, provide the option to parry attacks/mitigate damage. To me, it felt largely balanced and I got the impression that it would be quite easy for me to spend a significant amount of time on individually working out the perfect build for each member of my warband. I have a feeling that someone will eventually work out the optimum build for a warband but until then it’s still fun to equip your units in accordance with your own stratagems. 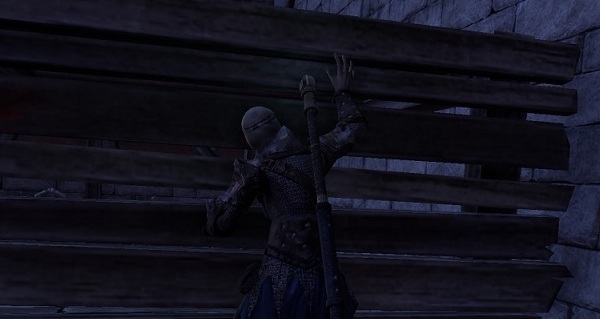 Although each warband has a similar structure, with each containing space for a mixture of heroes, henchmen, and a single special unit, there is plenty of asymmetrical design to keep each warband unique. This largely keeps to the spirit of the original tabletop game, which is good in its own way, but hopefully the devs have learnt the lesson of the source material and worked to carefully balance the asymmetric gameplay of each of the warbands. On my playthroughs, I favoured the Sisters of Sigmar for their ability to dual-wield Sigmarite warhammers (Basically Holy Warhammers which pack a punch).

Having kitted out my holy rollers to my specifications (Insert joke about it being *Hammer Time*) I ventured to forth to play a number of skirmishes. Skirmishes are currently the only available game mode as of writing, but a campaign mode with progression and persistent wounds appears to be on the cards soon enough. I could never quite get into a multiplayer skirmish whenever I jumped on. Whether this is because there is a problem with my connection to the servers or that the Australian timezone doesn’t match up well with the game’s peak player activity is not known to me. Instead, my holy-rollers and I spent a good solid number of hours wailing on a variety of AI-controlled opponents (alongside dabbling with other, less sanctified warbands). 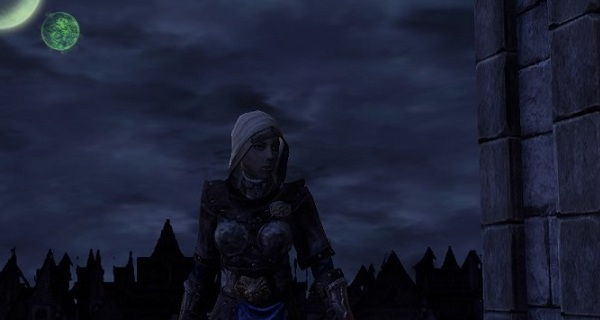 Whether versing a human or a computer, the base game remains the same with your warband attempting to eliminate the opposing force by either killing them all or forcing them to rout. The gameplay is an interesting mix of turn-based actions with third-person movement. Basically, characters act in initiative order and take it in turns to spend movement or strategy points on various actions. Moving around the map, attacking, taking stances, and various other actions each require a certain amount of points from either of the individual pools. Movement itself is performed by directly moving the unit around with WASD controls and once you cross a threshold (indicated by a blue circle around the character) you spend an additional movement point. Other actions such as climbing or attacking, which have a chance of failure, are shown with the percentage chance of success when the player highlights them. Factors such as out-numbering, weapon types, and positioning all come in to play to determine the outcome of these battles. This design provides for an interesting turn-based experience as the player guides their warband through the ruins to engage with the enemy. 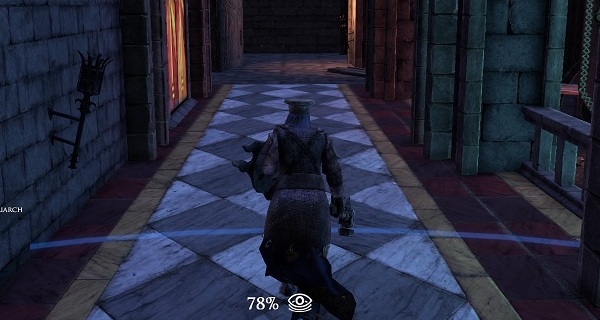 It is at this point that I should probably point out that the maps are absolutely amazing. There are a limited number of maps currently available but I must absolutely commend the developers for their incarnation of the ruined city of Mordheim. It may not be the most graphically pretty urban space to grace your screen, but the city itself feels like its own foreboding character with plenty of ruins, side streets, traps, and Cronenbergian flesh growths strewn about the place. The distinct grim and macabre nature of the Warhammer setting is present in spades throughout the city with a distinct feeling of oppressive gloom. I look forward to having the ‘loot’ interaction properly integrated so that I will finally have a reason to actively search through these ruins and to see more of the terrain. 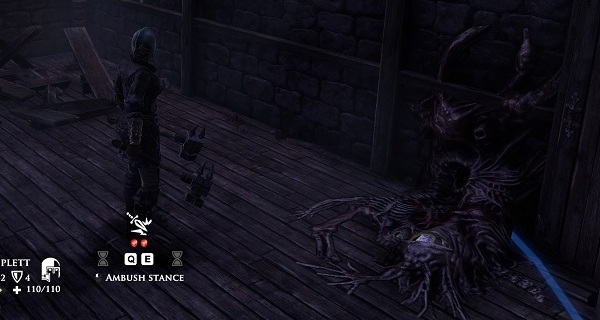 The design of the unit models themselves is similarly detailed and in-keeping with the source material. Unfortunately, customisation of units before a battle is somewhat limited as armour does not change regardless of what type has been equipped but at least weapons do change to reflect the selected option. The models are all suitable digital recreations of the tabletop figurines with great amounts of details. The music is similarly suited to the setting with the score playing ominously to match the grandeur of the ruined city. The music in this instance reminds me somewhat of a cross between the soundtrack of Diablo II  and the Dawn of War series.

With all of this in mind, there is a still a lot of work which needs to be done (and to which I’m looking forward to). As I’ve mentioned previously, the ‘loot’ option is still not properly integrated but I imagine it will be brought in with the same update which finally enables campaigns. AI warbands also did not appear to field the powerful unique units of each warband (i.e. Rat Ogres) but this has apparently been fixed with a patch at time of writing. I look forward to returning to try out the campaigns and to growing a managing a warband as it explores the city of Mordheim more thoroughly at a later date. 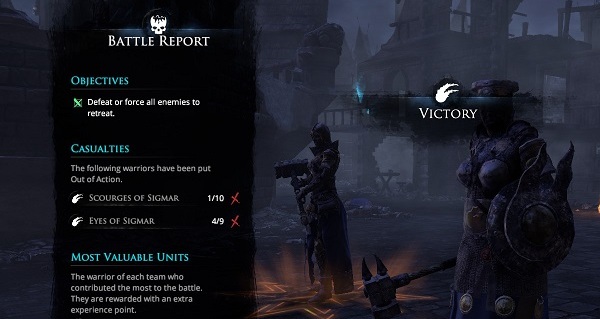 The game is being offered at a discount due to its current state as an unfinished title. It is currently at a stable build with a few glitches here and there mainly involving movement around the map. I would recommend holding off until another major update just to ensure that you have plenty of content to dig into for your first foray into the dark city of Mordheim. If you’re interested to see how the basic gameplay is going feel and you wish to help out with its development, then now is a good a time to get your hands on it. 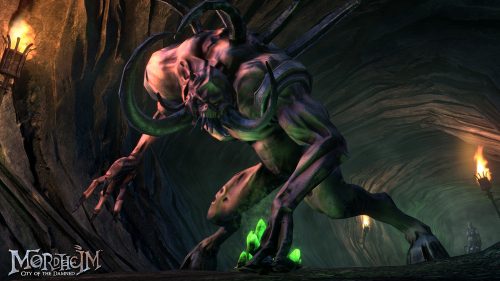 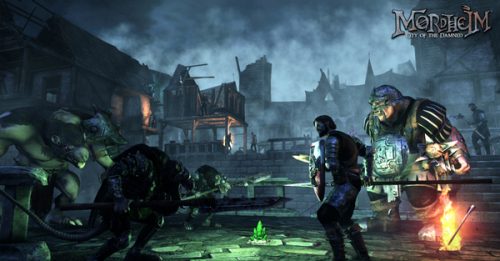