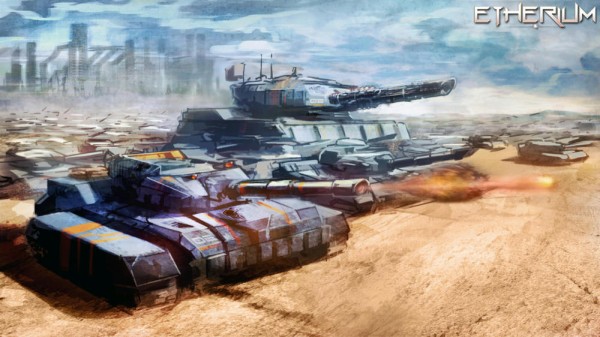 Tindalos Interactive & Focus Home Interactive have released their first gameplay trailer for Etherium. The trailer for the new RTS show us very polished graphics, with the weather effects showing off the dynamic game engine. The GUI looks clean and well laid out, though stylized quite differently from other strategy games.

The large campaign brings to mind Star Wars: Empire at War. You build fleets and send them to planets in order to colonize them and build up tech trees. Then, battles occur both in space and on the ground. Battles can be won by either destroying enemy bases, or by destroying their space fleet, offering a twist on standard RTS engagements. 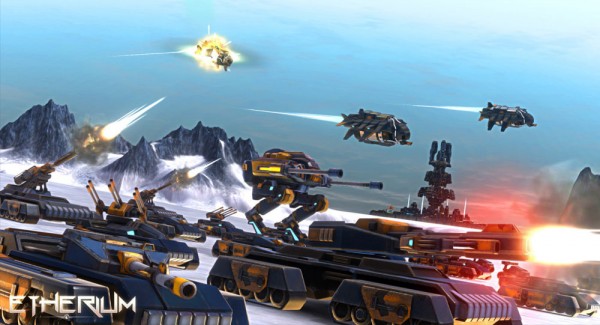 The presentation of Etherium looks to be one of the more beautiful RTS’ I’ve seen. The single player campaign brings to mind Sins of a Solar Empire, with fleets warping in from planet to planet. Players are not given a linear path for the campaign, and they can choose how they wish to conquer the solar system. Space segments in Etherium are turn-based, while the ground segments are real-time. Much like the collaboration for EVE Online & Dust 514, space fleets will be able to aid on-the-ground troops. 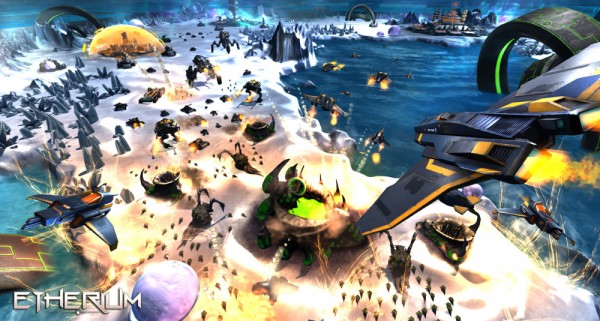 The bulk of the title will be ground combat, and it looks stunning. It is a resource based game, with units being flown down from your space fleet. Players will be unable to amass swarms of one unit type; various units have distinct advantages over others, so you’ll need mix troop types. 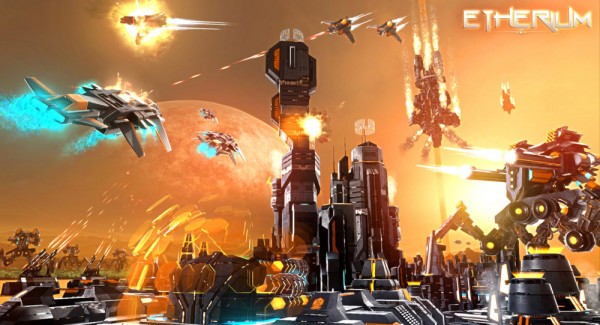 Weather effects in the game are more than just a visual effect. Various types of weather affect combat and unit movement, adding a degree of realism into the futuristic strategy game.

Etherium will be available in early 2015 for PC, and can be preordered right now on Steam.