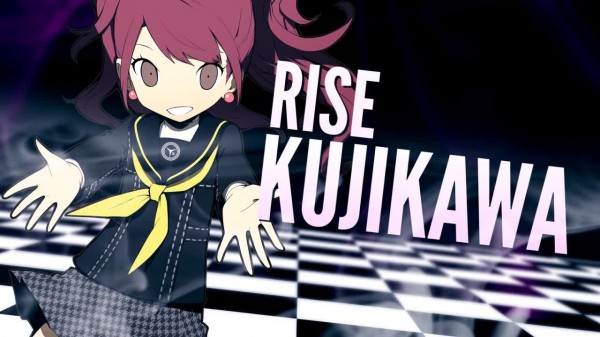 This week Atlus USA was quite generous with the new trailers for Persona Q: Shadow of the Labyrinth as they have released four new character trailers as well as a trailer highlighting how players will form a party in the game.

The four characters shown off happen to be Rise, Fuuka, Koromaru, and Kanji. You can check out all of the videos below as well as some new screenshots below those.

Rise is no stranger to the spotlight and uses those skills to help out her teammates! Her support abilities can manipulate turn order, and let a team member go first — either to land a crucial killing blow or get off a quick heal to save the entire party.

Fuuka, the labyrinth navigator from P3 is a strong battle navigator to start off with, since her Healing Breeze spell refreshes the whole party for three turns, and eventually learns a passive that lets the team regen health and SP!

Koro! KORO! Sooooo fluffy! The adorable canine Persona-user from P3 is back and cuter than ever in Persona Q! But despite his cute looks, Koro is a highly competent frontline fighter, either through slashing attacks or assaulting with Fire and Dark magic from his Persona Cerberus. Koromaru is a strong attacker, either through magic abilities or physical attacks, so it’s up to your play-style to determine what kind of sub-Persona to use.

I’ll bash you good! The brash Kanji is back as a front-line brawler with his trusty metal chair. He has high HP for brutal physical attacks and his Persona Take-Mikazuchi gives him lightning elemental attacks. A high HP sub-Persona works well for Kanji, but it’s up to you if you want to make him an all-out damage dealer or a tank with defensive abilities.